The Pakistan Telecommunication Agency (PTA) recently announced a ban on the live-streaming video app Bigo. Following this, it also issued a warning to video-sharing app Tik Tok over its reportedly vulgar and obscene content. PTA shared that it had received several complaints about the inappropriate content on such platforms, which were posing a negative impact on the youth and society in general. The news garnered mixed opinions from social media users. In a latest development, the Supreme Court of Pakistan has now hinted at the shutting down of YouTube in the country as well. This has indeed come as a huge shock for everyone. 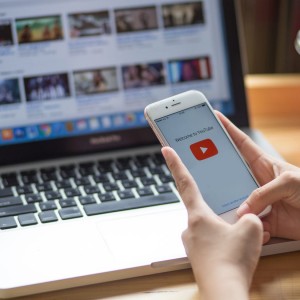 Justice Qazi Amin revealed people have been misusing YouTube for a while now. He said, “We are not against freedom of expression and masses have right to discuss our performance and decisions as we take salaries from public money but the constitution also provides us the right of personal life but the users of social media and YouTube are targeting our families.” Amin added, “Masses are being provoked against country’s army, government and judiciary.”

He also requested the Federal Investigation Agency (FIA) and PTA to carry out an investigation in regard to the kind of content uploaded on YouTube. During the hearing, Justice Mushir Alam exclaimed that no one can is permitted to share content against the United States or Europe on YouTube. He added that there are many countries that have banned the video sharing platform while several countries control social media through local laws. Not too long ago, PTA also banned the famous mobile gam PlayerUnknown’s Battleground, popularly known as PUBG, in Pakistan over its players’ mental and physical health concerns. The game was deemed as a “waste of time and dangerous for the physical and psychological health of young, impressionable children” who played it.

Three classic prints that will never go out of style