Churails on Zee5 Global: A Critical Discussion on the Web Series by Asim Abbasi | TBI Collaborative

Filmmaker Asim Abbasi may only have directed a handful of projects in his career but there is no gainsaying that his work has often left a strong impact on audiences and critics alike. With more hits than misses in his kitty, the Cake director’s latest outing Churails has become the talk of the town of late. Starring four powerful and strong-headed Pakistani starlets in the lead, the thriller has received a positive response for the most part, sans some inevitable backlash. Compiled below are some notable extracts from a critical discussion on the web series with four renowned journalists sharing their two cents with moderator and Dubai-based journalist Mahwash Ajaz.

A Khaleej Times Cultural Coverage Journalist, Anamika holds a strong penchant for Pakistani content, be it films or TV shows. She unapologetically loved Churails and was surprised to see the range of conversations the show packs in, running the gamut from alternate sexuality to privilege. Anamika was proud of the fact that Abbasi delved into an array of topics that are often not spoken about in television because is a mass medium. She lauded OTT platforms for allowing writers to experiment. One of the positives she took away from the show was the performances of all four female leads, so much so that she could not pick a favourite. She found Churails to be a combination of extremely strong women coming together and taking the narrative forward. While the web show worked for Anamika on all levels, she described it in a nutshell as “entertainment with a purpose”.

On the downside, Anamika did find certain parts to be exaggerated. She cited actor Yasra Rizvi’s example, mentioning she was a little over-the-top in some instances. Agreeing with fellow journo Sucharita Tyagi, Anamika felt that alternate sexuality should have been explored more since it was the defining point in the series. She also mentioned that while Churails did include bits of humour, it was heavy-viewing and hence should have been wrapped up in less than 10 episodes. As somebody who has studied feminism, she believes that in order to get the politics right and reach out to the masses, it is essential for complex ideas to be broken down and such conversations to come to the living rooms and the show’s triumph is that. Anamika also presented the example of when a child indulges in an inappropriate act in the show but the father says “boys will be boys”. In the larger narrative, she shared that while this small instance does not contribute majorly to the story of the four women, children do possess confusing thoughts and their own ideas of gender at the end of the day and that is something that should not be overlooked. For her, things like these outweigh the other flaws that came with Churails. 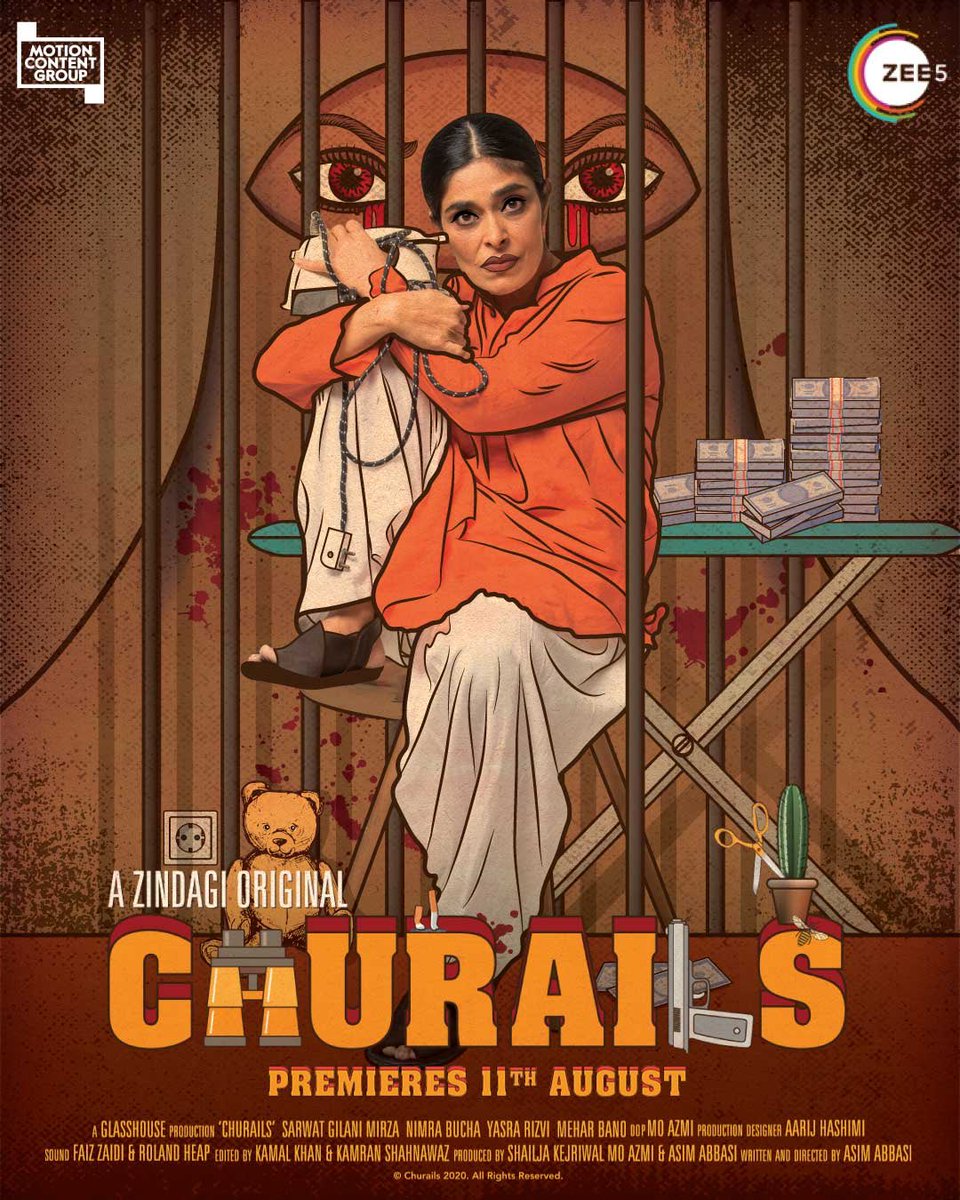 This brutally honest Pakistani critic and journalist is who he is. Period! He covers films, TV and stage. With a career spanning over two decades, Omair is prominent part of the Pakistani as well as Bollywood landscape. Deeming Churails as the first proper web series to come out of Pakistan, Omair lauded Abbasi for including characters in the show, which is something we do not get to see in dramas anymore like we did back in the 80s. From Sarwat Gilani to Yasra Rizvi, Omair liked the fact that they don’t look like themselves in the show but instead look the character. He feels Abbasi has undoubtedly set a benchmark for others to follow. He also noted that the director’s attempt at creating awareness surrounding certain sensitive subjects has been successful, adding that the streaming platform Zee5 has created its niche through Churail.

Pointing out the negatives, Omair stated that the attention span of our audience is not more than 40 minutes. He found the duration to be too long and added that it is not something that should take viewers two weeks to complete. He critiqued the editing for being too fast-paced in the beginning while slowing down towards the end. Omair shared that backlash is inevitable if touchy topics such as the burka and ‘halaal’ have been used multiple times during the course of the show. He feels that while Abbasi has shown the grim reality and not fabricated it one bit, it is better to be safe than sorry if one is primarily catering to a Pakistani audience. According to him, it would work if Abbasi was to helm a second season but only if he brings in more characters or gives prominence to existing ones, sets time limits, puts in some twists and takes the story forward in the right way. She is a TV and film critic who loves cultural commentary and is a big fan of Pakistani dramas too. She found Churails to be a well-made serial. There was heavy action and light content which is what she felt was the perfect balance. She also found it to be a class apart from other Pakistani dramas which work within a certain criterion that can be very restrictive. Sadaf was impressed with the direction talent, the storytelling and the fact that Abbasi did not play by the book. A must-watch, the journalist lauded Abbasi for succeeding in making entertaining television.

Sadaf believes Churails release on Zee5 will open doors for many more filmmakers who are looking towards dabbling with new and controversial subjects. She also found it refreshing to see women not please prejudices. However, Sadaf agreed with Omair’s view on the backlash the web show has received regarding the burka. She argued that while the show portrays it as a source of oppression, it can also be a source of protection for many.

This Mumbai based film critic has a lot of fans in Pakistan and loves the content the country produces. While she binge-watched the episodes, she too felt like they could have been shorter in length. But what she found very fascinating was how many genres the show shifts from the beginning to the end. The journey of all the characters are separate, set in different places with different people and Sucharita thought this was very interesting. She provided the example of Sarwat’s character Sara who is a completely different person by the end of the show. She is someone who loves experimentation with conviction and feels Abbasi did just that, while comparing him to “a mad scientist in his laboratory”.

From the Cinematography and frame lighting to different feelings being represented with different emotions, Sucharita thought every episode had fantastical inserts in it. Another thing she found attractive was the fact that we don’t often get to see women telling their own stories because they have been denied the power of storytelling for as long as we can remember.

From the fourth episode onwards, Churails addresses alternate sexualities of various characters. But while it does address them, Sacharita feels it doesn’t really do anything about them. She spoke about the scene where one of the four women finds out her husband is not straight and then she murders him. But Sucharita feels the flaw lies where Nimra Bucha’s character Batool goads her into taking revenge from her husband whose only fault is his suppressed reality; the fact that he is attracted to men and could not come out of the closet earlier. According to her, Batool is one of the heroes we are celebrating in the show and so, she should not be pushing such kind of phobias. She expected someone to address the murder but instead, the totality of the series changed and no one spoke about it. Sucharita stated that when two women start liking each other in the show then there is compassion but she questioned why the same compassion does not extend to the man who was murdered. She felt that in an attempt to turn it into a darker show, the humane aspect that the subplot needed gets lost.