3 Pakistani Movies To Grace Cinemas This Eid Ul Adha 2022
Which one will you be watching?
With Eid Ul Adha upon us, the Pakistani film industry is all set to release three movies Carma-The Movie, Quaid-E-Azam Zindabad, and London Nahi Jaonga. Another Pakistani horror comedy movie Lafangay was about to be released this Eid but unfortunately, it has been halted due to its objectionable content and won’t see the light of the day until given the green signal by the censor board. The movie, according to the makers has not been banned but will take time in editing and hence the delay in release.  Our movie will also be competing against some international releases in Cinemas on Eid Ul Adha including Thor: Love And thunder, The Gray Man, and Minions: The Rise of Gru.
Although Every Eid we get to witness some movies released and competing against each other, this time seems like the competition is going to be tough given the strong storylines and impressive casting.
Quaid-E-Azam Zinadabad 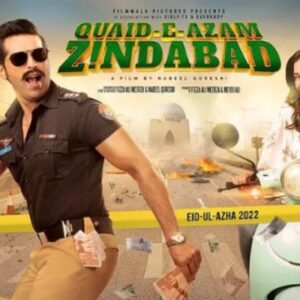 The name Nabeel Qureshi has made quite an impressive standing in the film fraternity. Quaid-E-Azam, which is soon released under his directorial cap is a must-watch. Starring Fahad Mustafa and Mahira Khan in the lead role, the storyline revolves around corruption with turka of romance weaved into it. Audiences are loving the role of Fahad Mustafa channeling his inner Singham or Dabangg-like cop while Mahira plays a very feisty role of a determined social activist. The trailer is already making waves and social media is all praises about it and the song Loota Rey has become quite the jam.
The movie will release on the 10th of July and audiences will get to see the highly anticipated movie on the big screen soon in the nearest cinemas.
London Nahi Jaonga 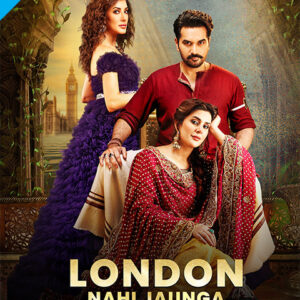 After the massive success of Punjab Nahi Jaongi, its sequel London Nahi Jonga is all set to release this Eid Ul Adha. Starring Mehwish Hayat, Humayun Saeed, and Kubra Khan in the lead roles, the movie is bringing back its light-hearted entertainment that promises a great family outing in the cinemas. The movie is about a girl brought up in London who soon learns that her whole maternal family lives in Pakistan. Upon traveling to Pakistan, she falls in love with her cousin. Will she return? Will her cousin visit London after her? Will he go against his word and bring his sweetheart back to London? See the film to find out!
The movie releases on the 10th of July in Pakistan. Go watch it.
Carma: The Movie 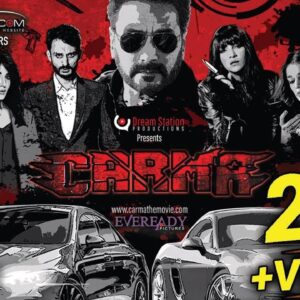 First-of-kind Neo-Noir crime thriller movie Carma the movie is all set to release this Eid Ul Adha.  Not your usual masala-packed comedy, Carma forays into never seen before themes like child labour, pedophilia, women empowerment, revenge, and adultery. Starring Adnan Siddiqi, Zhalay Sarhadi, and Navin Waqar in the lead roles, the movie promises to give Pakistani cinema a boost. So, what are you waiting for? Get your tickets now and witness Epic Car chasing, razor-sharp dialogues, blood-drenched faces, and thrilling twists and turns now