Amitabh Bachchan’s fans have attached different name tags to him after decades of watching his cinematic work. While some prefer to call him the Shahenshah of Bollywood, others refer to him as the Angry Young Man of Indian cinema. Holding a large body of films to his credit, the 77-year-old megastar has wowed audiences time and again with the diverse characters he has played on screen. His latest release Gulabo Sitabo, alongside actor Ayushmann Khurrana, sees him essay a cranky, social introvert. Interestingly, this is not the first film in which Big B has played such a role. Here is a list of films in which he starred as the Angry Young Man. Somehow Mr Bachchan has never minded his leading ladies taking centre stage. Be it Saudagar (Nutan), Abhimaan (Jaya Bhaduri) or Faraar (Sharmila Tagore), he has happily played a supporting role to his illustrious heroines. In Hrishikesh Mukherjee’s Mili,Amitabh played Shekhar, a man with a troubled past who just won’t let the sun in. Intensely tragic, the role saw Mr B giving a fresh angle to the Angry Young Man persona. The sequence where he sits drinking alone in his apartment, locked away from civilization while listening to Kishore Kumar’s Badi Suni Suni Hai Zindagi for company, is the ultimate lockdown endorsement. 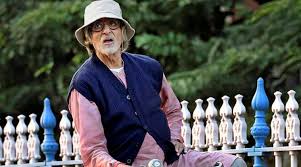 The film has not aged well. I saw it again recently and walked away less than satisfied with its smug attitude to parental whimsy and also a horribly manipulative death-induced ending. What stands out is the mighty Bachchan’s retired eccentric Bengali Bhaskar Bannerjee’s attempts to fight off aloneness by making sure his daughter has no life of her own. As we grow older, we tend to become progressively selfish. It’s okay if my daughter doesn’t have a life of her own. She can have it after I am gone… that logic was written all overAmitabh’s performance. But what’s with that pillow tied to his belly? Did I miss the ‘punch’ line in the joke? This was by far Mr Bachchan’s most implosive, intense and visceral performance in the elderly phase of his career. Black featured him as the magnificent Shakespearean tutor Debraj Sahai. Sullen, obdurate, immovable and a social outcast, Debraj is to AmitabhBachchan what Raging Bull is to Robert de Niro. What stands out is the character’s aversion to social niceties. Debraj couldn’t care less if he is liked or not as long as he gets to do what he thinks he has to do. If Bachchan’s outcast Debraj met Bachchan’s outcast Mirza in Gulabo Sitabo, they would hate one another on sight. There would be no conversation.

#ChallengeAccepted: Post Monochrome Images to Uplift Each Other, Spread the Love