3 Upcoming Pakistani Drama Serials in 2022-2023
Which one are you excited about?
The Pakistani drama industry is on a roll. Setting the bar high by churning out beautiful dramas with great storylines and powerful characters one after the other. Devoid of any saas-bahu sagas and tear jerkers, they have not only popular locally, but they are also being recognized globally as well. Maintaining its standard, 3 new dramas are coming real soon on your television screen with a brand new fresh cast, unique storylines, and exciting plots.
Let’s see which dramas will we see next and which of them are you looking forward to most.
1. Kuch Unkahi Starring Sajal Aly And Bilal Abbasi: 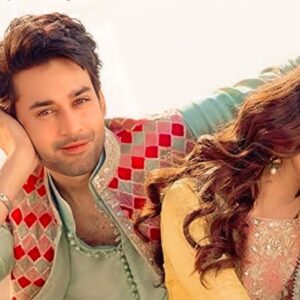 Hear hear O Rangreza fans! Here is a great piece of news for you. After the great success of Bilal Abbas Khan and Sajal Aly starrer O Rangreza, the fans are soon going to see them in the new drama serial Kuch Unkahi.  Both the leading stars are once again coming in ARY digital drama serial Kuch Unkahi. Kuch Unkahi is written by writer Muhammad Ahmed who is also playing a special role in the drama. The drama is being directed by Nadeem Baig and the rest of the ensemble cast includes Asma Abbas, Babar Ali, Qudsia Ali, Ali Safina, Vaneeza Ali, Irsa Ghazal, and Annie Zaidi. The drama is going to air in December or January replete with a 90’s feel to it (according to sources).
2. Hook Starring Kinza Hashmi And Faisal Qureshi: 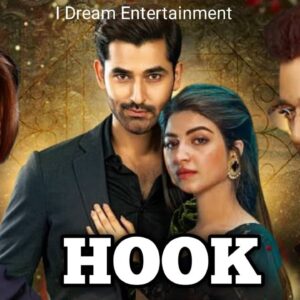 A star-studded drama serial Hook is coming to your television screens real soon. Starring Faisal Qureshi, Shahroz Sabzwari, Kinza Hashmi, and Saima Jee in the leading cast, Hook is about a man (Faisal Qureshi) and his troubled relationship with his wife (Saima Jee) who is older than him. To date, 3 teasers have already come out and audiences are eagerly waiting for the drama serial Hook. The ensemble cast also involved Hina Dilpazeer, Zain Baig, and Mariyam  Ansari in pivotal roles. The hook is written by Shagufta Bhatti and Shahid Dogar and the drama is directed by Mohsin Mirza. It will be an ARY digital presentation.
3. Mujhe Pyar Hua Tha Starring Hania Aamir, Wahaj Ali and Zaviyar Naumaan: 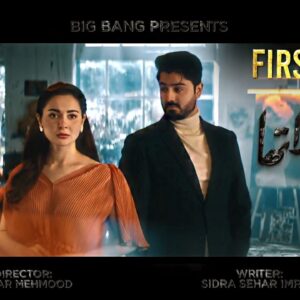 Brace yourself for an enchanting love story hitting your television screens real soon. The first teaser of the upcoming drama serial Mujhe Pyar Huwa Tha is out now. The drama serial stars Hania Aamir, Wahaj Ali, and Zaviyar Nauman in a love triangle of sorts. The details about the storyline are yet to be revealed but the first teaser is enough to create quite a stir. Last, we have seen Hania Aamir’s superb performance in the drama serial Mere Humsafar alongside Farhan Saeed, Wahaj Ali’s brilliant performance in Jo Bicharh Gaye, and Zaviyar Nauman in the ongoing drama serial Bakhtawar alongside Yumna Zaidi.