3 Upcoming Ramazan Plays To Look Out For
Which one would you like to watch?
Out television screens during Ramadan are dominated by plenty of laugh-a-minute family dramas and every year we get to witness some pretty strong contenders. These Ramadan plays are a nice potpourri of comedy; family drama, rom-com, and their light-hearted storylines make them all the more refreshing. Last year we saw some of the most amazing Ramadan plays like Chupke Chupke, Tana Bana, and Ishq Jalaibi and they were nothing but visual treats. This year too, three Ramazan plays will be aired on different channels. Now let us know in the comments which one will you be interested in watching.
“Paristan” Featuring Ayman Saleem And Arsalan Naseer 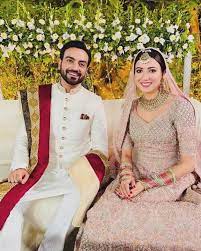 Speculations were rife that the Drama Chupke Chupke sequel might be on the cards. But now a little birdie has told us that a special Ramazan play Paristan with a fantastic ensemble cast will be presented by Hum Channel. The well-loved on-screen pair from Chupke Chupke Ayman Saleem and Arsalan Naseer will appear in the lead roles, while audiences will get to enjoy some new faces like popular Youtuber Moroo. Paristan is being directed by Ali Hassan and the cast also includes Merub Ali, Junaid Jamshaid Niazi, Mira Sethi, Navin Waqar, and Ali Safina among several others. Although it is yet to be confirmed by the makers if actor Ayeza Khan is part of the Paristan star cast or not. Super Excited for this one though.
“Chaudhary And Sons” Starring Imran Ashraf And Ayeza Khan 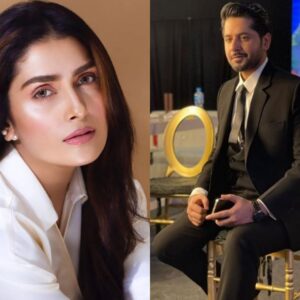 For the very first time, Actor Ayeza Khan and Imran Ashraf are pairing up as a lead role in Ramazan’s play Chaudhary And Sons. Presented by Geo TV Network, Chaudhary and sons will be a thriller comedy that talks about showing a typical family system in Pakistan. Written by Suno Chanda and Ishq Jalaibi famed scriptwriter Saima Akram Chaudary, the cast also includes Yasir Nawaz, Asma Abbas, Sohail Ahmed, Noor Hassan, Madiha Rizwi, Yasir Hussain, and others. Wajahat Hussain, who is wearing the director hat for the drama, has previously also directed Ishq Jalaibi which by the way, means the drama is definitely going to win hearts.
Ahad Raza Mir And Ramsha Khan To Star In Drama “Hum Tum” 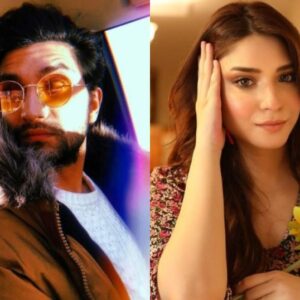 It’s official: Ahad Raza Mir and Ramsha Khan for the first time will be sharing the screen in Hum TV’s Ramazan play ‘Hum Tum’. Directed by Danish Nawaz and is written by Saima Akram Chaudhry, Hum Tum is going to be a light-hearted family drama. Director Danish Nawaz has proven his mettle with his brilliant direction in the drama serial Dobara. We are eagerly waiting for the teasers to come out soon. Besides this, though Ramsha Khan is making quite the waves with her role in Sinf-e-Ahan we are waiting to see Ahad Raza Mir in a comedy serial as he has never done it before. Let us know in the comments if you are excited to see this new Jodi on your screens?

Fiza Or Shiza: The Plot Twist That Has The Whole Twitter-Verse In Fits Of Laughter