5 Highly Anticipated Projects Of Nation’s Heartthrob Fawad Khan
From The Legend Of Maula Jatt to Nilofar, here are five most awaited projects of Fawad Khan.
While we await eagerly for the release of the magnum opus movie The Legend Of Maula Jatt, Fawad Khan reveals during an interview with film critic Anupama Chopra that he has not one but five movies in his kitty. He shares that during an interview I know that I have been away for five or six years but when the dam breaks, there will be a lot of stuff to watch. All complaints will be resolved and there will be no insecurities. You don’t have to be number 1 to enjoy life.”
The Humsafar actor appeared in the Hollywood series Ms. Marvel after a hiatus of almost 6 years as Kamala Khan’s great grandfather in the pre-partition subcontinent. Let’s see what more he is appearing in alongside the biggest project The Legend Of Maula Jatt which is just inches away from release now.
The Legend Of Maula Jatt: 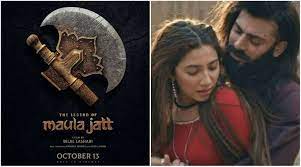 Fawad Khan fans are eagerly waiting for his silver screen return after a long hiatus with the release of the mega project The Legend Of Maula Jatt.  The movie is just inches away from its release date which is October 13th and from the trailer, it looks like we are in for a cinematic treat. The movie is a remake of the 1979 movie Maula Jatt starring Mustafa Qureshi and Sultan Rahi. Directed by Bilal Lashari, the magnum opus project has big stars like Fawad Khan, Hamza Ali Abbasi, Gohar Rasheed, Humaima Malik, Faris Shafi, Shafqat Cheema, and Ali Azmat in prominent roles.
Money Back Guarantee: Fawad Khan is all set to appear in Faisal Qureshi’s Directorial debut movie Money Back Guarantee. The trailer was released a month ago and it has exceeded expectations. With Money Back Guarantee, it is going to be Fawad Khan’s second movie as a lead actor after Legend of The Maula Jatt.  Not just Fawad Khan, Wasim Akram will be making his acting debut alongside his wife Shaniera Akram which is a win-win given their beautiful chemistry offscreen. The rest of the ensemble cast also includes big names like Mikaal Zulfikar, Ayesha Omer, Hina Dilpazeer, Gohar Rasheed, Ali Safina, Adnan Jaffer, and Mani in pivotal roles.
Nilofar Starring Fawad Khan And Mahira Khan: 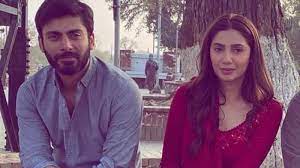 The nation’s favourite onscreen couple, Mahira Khan and Fawad Khan are all set to appear in the movie Nilofar. Not much has been revealed about the movie and its storyline but as of yet, it is known that Mahira Khan will play the role of a blind girl. The film is written and directed by Ammar Rasool and co-produced by Fawad Khan. The principal shooting for Neelofar was completed in December 2020. It is now set to be released theatrically on 23 December 2022. the film also stars Madiha Imam as one of the main characters along with Samiya Mumtaz, Atiqa Odho, Behroze Sabzwari, and Gohar Rasheed.
Aan Featuring Fawad Khan, Zara Noor Abbas, And Sanam Saeed:

Aan is an upcoming movie that stars Fawad Khan, Sanam Saeed, and Zara Noor Abbas in the lead roles. According to an official press statement released by Hamdan Films,”Aana is the epitome of naval warriors that packs romance and drama between the main actors. It also has combat and a touch of humor that makes it a complete package for the best cinematic experience.” Directed by Haseeb Hasan and written by Umera Ahmed, Aan is going to be their second project together.
Yet-to-be-named Zee5 series
Not much of details regarding the series have been revealed about the project but it is confirmed that Fawad Khan is going to share screen space with actor Sanam Saeed. The on-screen couple had left fans mesmerised with their chemistry in the drama Zindagi Gulzar Hai and so, hopes are high for this one too. The film will also star Nayyar Ejaz, Jawed Sheikh, Aly Khan, Navid Shehzad, and Naeem Tahir.