5 Interesting Facts About Bilal Abbas Khan You Probably Didn’t Know
The actor is being lauded for his flawless performance as Mahir in the drama serial Dobara alongside Hadiqa Kiani. 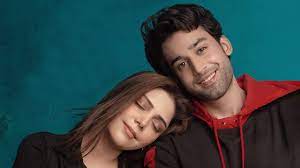 Bilal Abbas Khan needs no introduction. The actor has made a prominent place in the entertainment industry within a few years. The Cheekh actor is known to take up roles and characters that no actor would tread upon and perform it with complete justice. Be it a conniving character of the cheek, a meek Qasim in Oh Rengreza or a Casanova role in Rasm-e-Duniya, Bilal Abbas has done it all. These days he is playing the role of Mahir in the drama serial Dobara where he is sharing screen space with Hadiqa Kiani needless to say, not only the pairing is unique, the storyline has kept the audience hooked and emotions charged.
On his birthday, let’s get to know more about Bilal Abbas Khan.
He Is A Marketing Student From Szabist
Looking at his fine acting chops, one wouldn’t know that he is actually a bachelor’s student with a specialization in Marketing. He has a bit of theatre at NAPA and has done quite a few theater plays during his school and college days. His mother always wanted him to join Army but he despised the rigorous training so he on his father’s wish, joined acting, and rest, as they say, is history.
He Started His Acting Career With A Movie In 2017 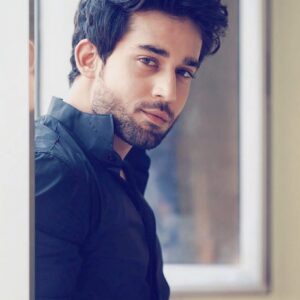 It is surprising to know that Bilal Abbas Khan started his career with Rafay Rashidi’s “Thora Jee Lay” in 2017 but the movie didn’t receive a very good response at the box office. After his first movie disaster, he didn’t accept any movie offers for a long time until now. Recently he played a lead role alongside Sajal Aly in Khel Khel Mein and received favourable reviews overall.
Bilal Is A Die-Hard Fan Of Actor Ayeza Khan 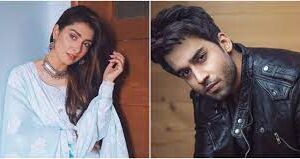 The Dunk actor is known to be a die-hard fan of actor Ayeza Khan. He once shared his fondness for the Chupke Chupke actor with one of his friends. Upon knowing AYeza sent a voice note appreciating his work and wished to work alongside him on a project.
His Loves Ranveer Singh’s Body Of Work
Bilal Abbas said in an interview that he is inspired by Ranveer Singh’s character Alauddin Khilji in Padmavati. He further stated that he would like to do an intense and negative character like Alauddin Khilji in any of his projects.
He Is A Highly Emotional And A Sensitive Person 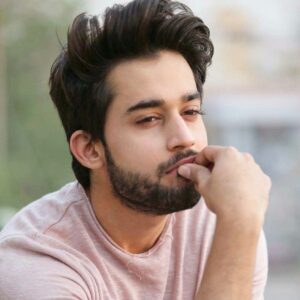 In one of his interviews with Samina Peerzada, Bilal abbas share that he is actually a highly sensitive person with traits of overt thinking. He also does not know how to apologize if he hurts someone but he doesn’t believe in keeping grudges and letting bygones be bygones.
Bilal Was Star Struck By Sheer Presence Of Nauman Ijaz In Oh Rangreza
He told in an interview that he was insanely star-struck by Nouman Ijaz’s presence on the set. Bilal considers himself lucky though as he worked with Pakistani legendary actor Nauman Ijaz who motivated him to do his best.
An Ideal Girl Should Possess Brains, According To Bilal Abbas:
His love life is still a work in progress. In fact, Bilal strongly believes that work and love cannot go hand in hand which is why he thinks that everything will fall in place whenever the time is right. About the girl, he thinks that “Larki main dimagh hona chahiye”(A girl should have brains).

Fraud Episode 4: Saba Qamar and Ahsan Khan Are Stellar In This Show About a Deceptive Marriage

Bebasi: Potentially Going Down As an All-Time Worst Show In Pakistani Drama History?