5 Stars Who Made Us Proud Internationally in 2022
From Humayun Saeed to Sajal Aly, these celebrities made their mark globally.
This year, some of our actors have worked alongside big names in Hollywood and shined bright. Despite limited resources and technical expertise, their body of work is finally getting the much-needed recognition which is why they are making a mark on the global map. Getting accolades and awards for the same work speaks volumes about the hard work and soul they put into each character and plays it flawlessly.
Let’s talk about 5 of our celebrities who made us proud on a global level in the year 2022.
Humayun Saeed In The Crown Series: 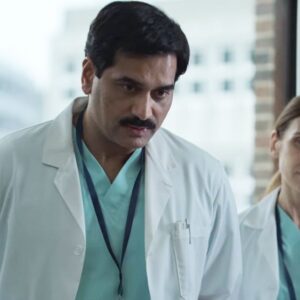 At the beginning of the year 2022, the news about Humayun Saeed casting as Dr. Hasnat Khan, the former love interest of Princess Diana in the 5th season of the hit series The Crown was nothing short of a surprise for his fans all over the world. The London Nahi Jaonga star gave a short yet very impactful performance in episodes 9th and 10th of the famous series. There was some controversy around his romantic scenes but despite all that people absolutely were delighted to see our star in a Netflix series.
Sajal Aly In What’s Love Got To Do With It? 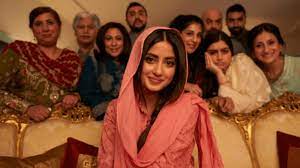 The biggest news of the year 2022 was, Sajal Aly’s international debut in the Hollywood movie “What’s Love Got To Do With It?”. Sajal Aly who has already made her mark in the Pakistani entertainment industry as well as Bollywood (with the movie MOM), Hollywood was already on the cards. The movie is yet to release on January 27th, 2023 and her fans all over the world are eagerly waiting for the release. The movie has already been screened at Toronto Film Festival and opened the second installment of the Red Sea International Film Festival in Saudi Arabia.
For the unversed, What’s Love Got To Do With It? Is a Jamima Goldsmith production and is a Rom-Com Feature on Cross-Cultural Marriages And Couples.
Mehwish Hayat In Ms. Marvel: 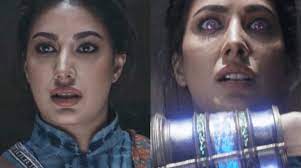 Who would have known that a comic series Ms. Marvel would put Pakistani culture represented by Pakistani artists on a global platform? Our very own star Mehwish Hayat appeared in the Netflix series Ms. Marvel and stole the show as Aisha, the great-grandmother of the protagonist character Kamala Khan (Iman Villani). The Tamgha e Imtiaz actress has, however, added another feather to her cap with a huge Hollywood project representing Pakistan internationally.
Ahad Raza Mir In the Resident Evil Netflix Series: 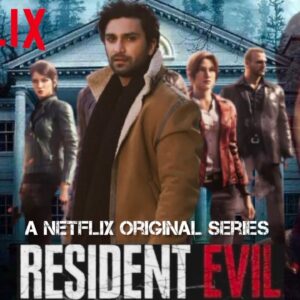 When the makers of the movie Resident Evil decided to turn it into a Netflix series, our very own Ahad Raza Mir got an opportunity to work on it. Although the series tanked as far as the ratings go and the makers decided to not go with season 2 of the series. For the unversed, Resident Evil is a super hit franchise based on Zombie Apocalypse.
Nimra Bucha in MS. Marvel And Me, My Mom, and Sharmila: 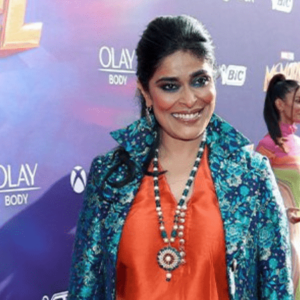 This year in 2022, our very own trailblazer Nimra Bucha became part of the series Ms. Marvel and made the country proud yet again. Not just that, the Churails star also became part of the upcoming Pakistani-Canadian film Me, My mom, And Sharmila.  A stage play Me, My Mom and Sharmila written by Fawzia Mirza will be adopted for the film and will also be the writer’s directorial debut. The movie will feature Amrit Kaur, Nimra Bucha, and Hamza Haq in the main roles.