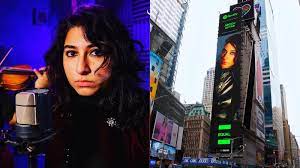 Urooj Aftab is one of the first female musicians who became the face of New York’s Time Square. The two-time Grammy award winner was featured on Times Square Billboard as Spotify’s Ambassador for EQUAL Pakistan. Arooj Aftab has been gaining global attention for her music, which fuses ancient Sufi traditions with jazz, folk, and minimalism – and even counts Barack Obama among her fans.
2. Mehak Ali: 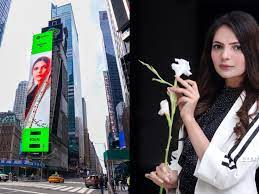 After naming Urooj Aftab as the Equal Pakistan ambassador for the month, singer Mehak Ali became the face of the Time Square billboard. The artist has thanked her fans and Spotify for the honour. She tweeted: “Same day, same place, At Times Square New York. I never knew I’ll be on a billboard one day at Times Square. Thank you everyone for all the love and support. I’m so grateful. Alhumdulillah for everything.”
3. Hadiqa Kayani: 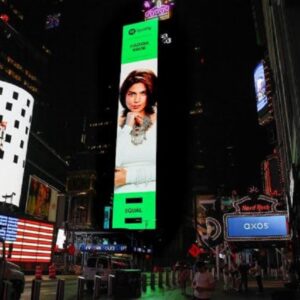 Pakistan’s beloved singer Hadiqa Kiyani became the face of Time Square’s billboard as Equal Ambassador for the month of May. The moment was captured by the Bohay Bariyan singer on her Instagram whereby her song Yaad from the album Vasl has been added to Equal Global Playlist for fans to listen from around the globe. The Tamgha Imtiaz recipient and first goodwill ambassador of the United Nations, Hadiqa Kiyani truly deserved the recognition.
4. Natasha Noornai: 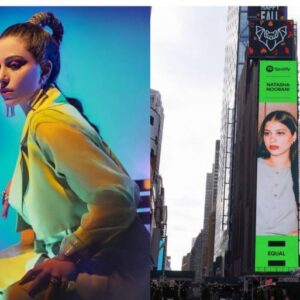 The Faltu Pyar singer Natasha Noorani lits up New York’s time square as she was named the Equal Artist of the month by Spotify. For the unversed, Natasha Noorani is a member of the band Biryani Brothers who has worked with ace musicians like Abdullah Siddiqui, Strings, Jamal Rahman, and Talal Qureshi, as well as gentle robot.  She also helped curate songs or movies Chalay They Sath and Baji as well.
5. Eva B: 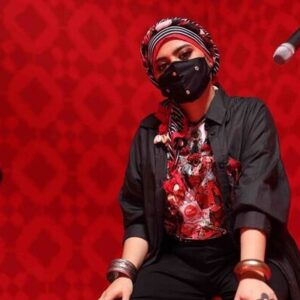 Pakistan’s first veiled rapper Eva B became the face of NYC’s prestigious Times Square billboard. Eva B shot to fame with her appearance in Coke studio 14 alongside Abdul Wahab Bhugti in the song Kana Yari. Eva B who started her singing career in 2014, has worked alongside big names like Ali Gul Pir, ANAs Baloch, and Mohammad Baloch.

Daraar Episode 31: Amar Khan’s Irha Begins To Recognize Her Fears Are Her Reality