6 Lesser-Known Facts About Dr. Hasnat Aka Princess Diana’s “Mr. Wonderful”
Our very own Humayun Saeed is playing the role in the royal drama The Crown, but do you know enough about Dr. Hasnat Khan? 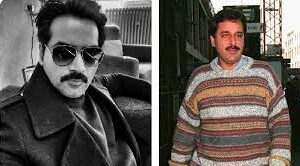 Recently, social media was abuzz with the news of Pakistani actor Humayun Saeed playing the role of Dr. Hasnat Khan in the upcoming season of the Netflix series The Crown. Pakistani awam and the entertainment fraternity have been gushing over the news and couldn’t be prouder. Albeit a small section with conflicting views who thought Humayun Saeed doesn’t fit the bill and actor Fawad Khan would have been a better choice. Now ever since the news broke out, actor Humayun Saeed has been keeping it a hush-hush affair and it is rumored that he might be asked to stay mum till an official announcement from Netflix and the makers of The Crown.
Now, since the news came out, people are curious about Dr. Hasnat Khan and how he became The One for Princess Diana. So here we are giving you an intimate look at the man who stole Princess’s heart.
When Princess Diana Confessed Her Love For Dr. Hasnat Khan
It was 1995 when Princess Diana was swept up in a media frenzy after her historical interview with Martin Bashir (now declared deceitful). This was the first time Princess Diana confessed that she has been unfaithful to Prince Charles. She also discussed in length her postpartum depression, self-harm, bulimia and the tensions in her marriage to Prince Charles. 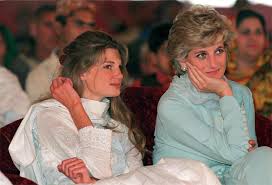 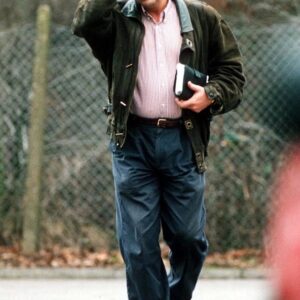 A distant cousin of Prime Minister Imran Khan (Yes you read that right!), Dr. Hasnat Khan is a British-Pakistani heart surgeon who was practicing at London’s Royal Brompton Hospital back in the Nineties. Khan, who was dubbed ‘Mr. Wonderful’ by Diana, was born to a Mohmand Pashtun family in Jhelum, Pakistan.
Princess Diana Spent 3 Weeks Pursuing Dr. Hasnat Khan
It was love at first sight for Princess Diana who was on a personal visit to see a friend’s husband at the London Royal Brompton Hospital. Her first reaction upon seeing Dr. HAsnat at the hospital was “Isn’t he drop-dead gorgeous?” It is said that though Khan’s career graph was pretty impressive yet he wasn’t the kind of man a princess would have chosen as a lover. It was actually his selflessness and his kind eyes that intrigued people’s princess so much that she pursued Dr. Hasnat for good 3 weeks.
Dr. Hasnat Was Sent Messages With A Secret Name “Dr. Armani”
After pursuing Dr.Hasnat For 3 weeks, they finally went on date after 2 weeks. They often enjoyed their secret KFC dinners in secrecy away from the public eye. The romance between the people’s princess and Khan was a hush-hush affair. They even avoided the media and met at unusual places. At times, Diana wore a black wig to avoid being identified. 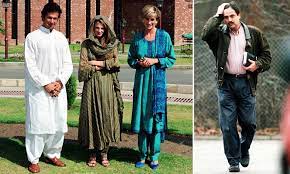 He Never Liked The Limelight
The rift started when after two years of a hush-hush affair, Princess Diana wanted to make the relationship public while Dr.Hasnat never liked the limelight that came with it. Princess Diana in her might did everything to save the relationship which includes visiting his family back in Pakistan to win them over, to convincing Imran Khan to speak to Dr. Hasnat on her behalf. But before Imran Khan could reach London, Diana already passed away by then in the year 1997. The relationship stood the test of time and extensive media scrutiny for around two years from 1995 to 1997.
He Is Since Moved On And Married Somi Sohail 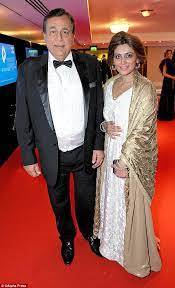 In 2006, Khan wed Hadia Sher Ali in an arranged marriage with a “lavish ceremony” in Pakistan, according to the Telegraph. Just 18 months later, the couple split. Currently, he is engaged to Somi Sohail who is much less his junior.