7 Pakistani Dramas You Should Be Watching this February

Pakistani television always has several options available for Pakistani drama viewers.  At the present moment, there’s an abundance of diversity with the different storylines available for viewers, ranging from high-level entertainment to mindless guilty pleasures.  Here are the shows you should be watching, along with those you could be watching for a bit of fun. 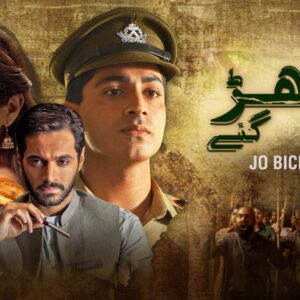 At the top of the list is “Jo Bichar Gaye,” a high-voltage drama surrounding the events that led to the Pakistan-Bangladesh partition in 1971.  This is a show that many believe should have been a Netflix original with the level of quality in regards to writing, direction and acting.  Wahaj Ali, Talha Chahour, Maya Ali, Nadia Jamil and others headline the show written by Ali Moeen and directed by Haissam Hussain.  “Jo Bichar Gaye” is not an easy watch, but the story allows the audience to connect with its lead characters before throwing them into an arena of chaos, events which are a part of our history where many lives were lost.  This is a must-watch. 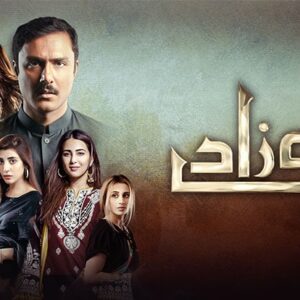 “Parizaad” has already aired its finale in theaters, but its season finale will be premiering this week on television.  Starring Ahmed Ali Akbar, Yumna Zaidi, Nauman Ejaz, Urwa Hocane, Ushna Shah, Saboor Aly, Mashal Khan and others, the story has been written by Hashim Nadeem Khan and directed by Shehzad Kashmiri.  There are few shows that have an almost perfect run, but “Parizaad” is one such drama.  Ahmed Ali Akbar’s title character has won the audience over with his quiet, kind yet flawed demeanor.  This isn’t a perfect man – he is genuine, but he has his faults, his weaknesses and his insecurities.  What “Parizaad” has going for it is how many individuals can see themselves in Parizaad, man or woman.  This is a beautiful show – and we are all too aware that the finale will be just as beautiful. What happens when a man marries a woman much younger than himself?  In South Asian society, many would fail to even bat an eyelash or think much of it.  But what happens when a widow marries a man younger than herself?  This is the concept “Dobara” attempts to explore – and is doing so successfully.  Written by Sarwat Nazir and directed by Danish Nawaz, “Dobara” is a story many can connect with on different levels.  Our hearts are with Mehrunissa, played wonderfully by Hadiqa Kiani, and Mahir, a role essayed by Bilal Abbas Khan.  Mehru and Mahir are flawed individuals with their own share of baggage but have been a solid support system for one another.  With their friendship now converted into marriage, will their marriage have a happy ending?  This is what the show continues to explore and while we don’t know how it will conclude, we are loving the ride! 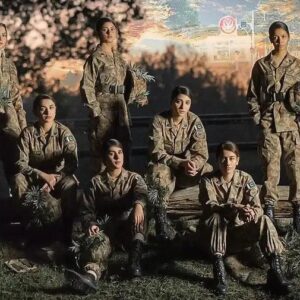 A truly female-oriented show, “Sinf E Aahan” depicts a woman’s journey through her army training and the progress she makes through that journey – physically, mentally and emotionally.  This isn’t just one woman’s story.  “Sinf E Aahan” stars some of Pakistan’s biggest names, such as Sajal Aly, Yumna Zaidi, Kubra Khan, Ramsha Khan, Syra Yousef, Dananeer Mobeen, Saba Hameed, Usman Peerzada, Ali Rehman Khan, Usman Mukhtar, Asad Siddiqui, Asim Azhar and others in prominent roles.  Written by Umera Ahmed and directed by Nadeem Baig, “Sinf E Aahan” is a patriotic experience, sure – but this isn’t only for the patriotic feel.  There is love, friendship, humor, rivalry and just solid human stories being told here.  And while the pace has currently slowed down, this is worth a watch! 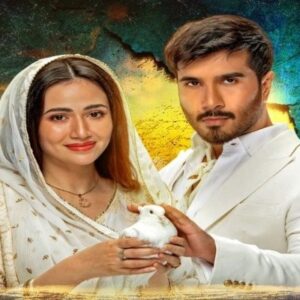 “Aye Musht E Khaak,” written by Maha Malik and directed by Aehsun Talish, is a show with much controversy surrounding it – whether it be Feroze Khan’s accent or a violent scene that has faced much backlash, “Aye Musht E Khaak” is always a topic of discussion.  However, there’s more to the story than just social media buzz.  This is the story of Duaa (Sana Javed) and Mustajab (Feroze Khan), two individuals who get married, but trouble soon ensues when Duaa realizes Mustajab not only has temper problems and hidden secrets, but is also atheist.  At the end of the day, this is a story about a couple with different ideologies – and while one may say “This isn’t a big deal,” this is a problem many struggle with behind closed doors.  Will Duaa and Mustajab’s marriage survive?  We’re not sure, but the sincere story and slightly over-the-top treatment makes for a fascinating watch. 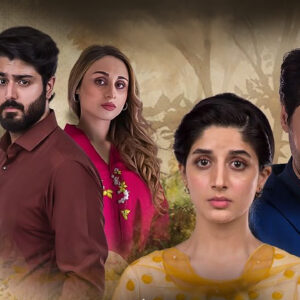 Does marriage give one the license to intimacy whenever they want?  This is the message “Qissa Meherbano Ka” moved towards addressing.  Consent is still required in a marriage and marital rape is a (large) form of abuse.  Starring Mawra Hocane, Ahsan Khan, Mashal Khan, Zaviyaar Nauman Ejaz, Areej Mohyudin and Khushhal Khan in lead roles, the story has been written by Fakhra Jabeen and directed by Iqbal Hussain.  Unfortunately, “Qissa Meherbano Ka” is not getting the sort of attention it deserves.  While it’s a moderate success, this is an important story with great acting, particularly from Mawra Hocane and Ahsan Khan, along with a sweet love story between Areej Mohyudin and Khushhal Khan’s characters.  While there may be shows that didn’t take as long as “Qissa Meherbano Ka” did to get to the point (twelve episodes), this is one that leaves the viewer anticipating the next episode each week.  An important subject, “Qissa Meherbano Ka” is a show that should be recommended to all. 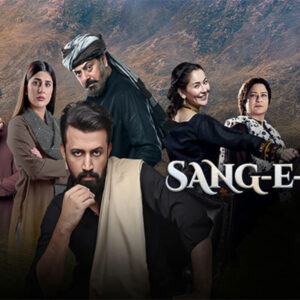 Last, but not least, is “Sang E Mah.”  While this latest offering from Saife Hassan and Mustafa Afridi isn’t as flawless as its predecessor (Sang E Mar Mar), it’s still making for an exciting watch.  Starring Atif Aslam, Nauman Ejaz, Zaviyaar Nauman Ejaz, Hania Amir, Sania Saeed, Samiya Mumtaz and others, “Sang E Mah” is based on the now-banned practice of “gagh,” when a man lays “claim” on a woman by shooting outside her door.  Again, while there are flaws, the performances are wonderful and the “feel” of the show is Shakespearean with many intense moments, dialogues full of mystery and intrigue and a past that is slowly beginning to reveal itself.  This is a treat for the eyes.

While there are other shows that are entertaining, such as the slightly cringey guilty pleasure “Yeh Na Thi Humari Qismat” on Hum TV, or the miserable yet promising family drama “Mere Humsafar” on ARY, the above dramas are the ones that are the most well-rounded shows with more positives than negatives going for them.