8 Times Pakistani Entertainment Industry Made a Mark On Global Map In 2022
It’s a moment of great pride for the country!
Our Pakistani media industry is going places and how. Making a mark on the global map and getting recognized for the quality work despite having limited resources and technical expertise is a feat on its own. The fresh talent with unique ideas and creative minds is bringing something different to the table which is why it is getting appreciated and recognized on an international platform. Joyland is the latest movie to come out of the Pakistani Industry that has won on the prestigious platform Cannes and we couldn’t be prouder. but it just stops here, we have curated a list of mentionable achievements for our readers.
Actor Humayun Saeed To Appear In Web Series The Crown 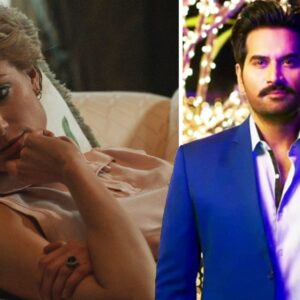 At the beginning of the year 2022, the news about Humayun Saeed casting as Dr. Hasnat Khan, the former love interest of Princess Diana in the 5th season of the hit series The Crown was all over social media. This was definitely such a piece of big news because finally Pakistani actors are playing Pakistani characters now and being recognized for their impeccable performances.
Urooj Aftab becomes First Pakistani To Win A Grammy Award We had a monumental triumph this year with Urooj Aftab, a Brooklyn-based Pakistani vocalist winning a Grammy award for her song “Mohabbat” in the best global Performance Category. Fun Fact: Urooj Aftab’s song Mohabbat was in Barak Obama’s summer playlist of 2021 which is why it got the much-needed traction. Urooj Aftab has also the honour of singing the song in the White House.
Ms. Marvel Became First Superhero Movie That Represents Pakistani Cultures Played By Pakistani Artists 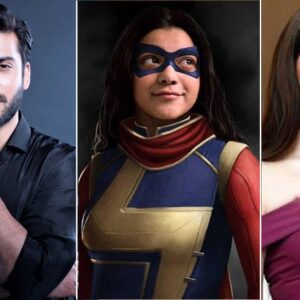 Who would have known that a comic series Ms. Marvel would put Pakistani culture represented by Pakistani artists on a global platform? Pakistani actors like Mehwish Hayat, Fawad Khan, Nimra Bucha, and Samina Ahmed have been roped in the lead roles that have made Pakistani fans and audiences super proud as well as excited. Recently, Mehwish Hayat got introduced in the comic series as Aisha who plays a great grandmother to Kamala Khan (Iman Villani).
Ahad Raza Mir Is All Set To Star In Netflix Original Resident Evil 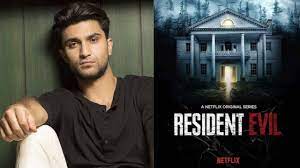 Resident Evil is a famous Hollywood movie known for its storyline based on the zombie apocalypse. Recently it has been turned into a Netflix Original and guesses who got a meaty role in the superhit franchise? Well, our very own Ehd E Wafa actor Ahad Raza Mir. Yes, Ahad Raza Mir is all set to appear in the show and he has already revealed his first look from the show which will start on July 14th.
Mahira Khan Starrer Aik Hai Nigar Wins Asia’s Best film Award In The Netherlands 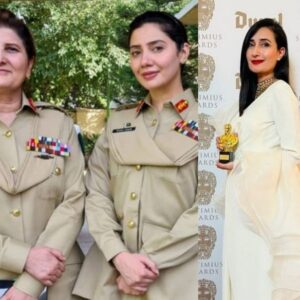 Aik Hai Nigar, a telefilm based on the life of Pakistan’s first female general, General Nigar Johar won the prestigious Septimius Award in the Netherlands for Best Asian Film. The film that starred actors Mahira Khan and Bilal Ashraf in lead roles gave the best performances of their lifetime.  The year 2022 has indeed put Pakistan on the radar of International forums with our content and stars shining bright with their talent.
Four Pakistanis Make It To Forbes 30 Under 30 List 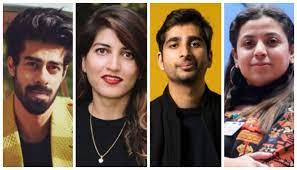 Four Pakistani individuals have made the nation proud by bagging a spot on the Forbes 30 under 30 lists for 2022. Among the honourees are author Dur e Aziz Amna, designer Zain Ahmad, tech entrepreneur Muhammad Saad, and social entrepreneur Shawana Shah. According to the Forbes website, “All of the honourees in the Forbes Under 30 Class of 2022 have defied the odds: navigating a global pandemic, supply chain crunches, and isolation to build ventures that are resilient and destined to change the world.”
Sajal Aly Plays A Lead Role In British Romantic Comedy Film “What’s Love Got To Do With It” 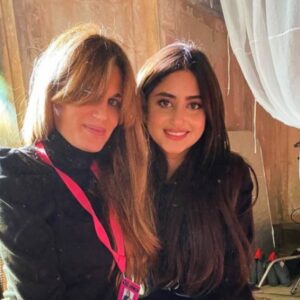 Sajal Aly, after a great triumph in Bollywood with her movie Mom, is all set to appear in the biggest cross-cultural British South Asian romantic comedy “What’s Love Got To Do With It”. Jemima Khan’s “What’s Love Got to Do With It” is going to release in cinemas on January 27, 2023, as Studio Canal announced on Twitter. Directed by Shekhar Kapoor, the movie also stars Lily James, Emma Thompson, Sajal Ali, Shazad Latif, Rob Brydon, Shabana Azmi, and Asim Chaudhry in the prominent roles.

Zakham: Agha Ali Is The Star Of This Slightly Repetitive Drama