Like the gimmick that one AK pulls on another in this interesting misfire script (whoever wrote it should be awarded the Pulitzer and Nobel combined), the film too goes wrong from script to execution. This one hell of a botched-up dark satire plays a mean-spirited Tom & Jerry game with audiences’ perceptions, giving Anil Kapoor ‘The Star’, in all his pompous glory, the honour of being hounded and chased down by Anurag Kashyap…yes. The very same ‘Noire Director’ decides to teach AK, The Selfstyled Superstar a lesson he is not likely to forget easily. We won’t forget it either.

So, what does Kashyap do? He kidnaps Anil Kapoor’s daughter and then shoots a real-time thriller where the Star must find his daughter (Sonam Kapoor Ahuja, doing the worst kidnapped daughter impersonation I’ve ever seen on screen) before it’s “too late”. Too late for what, who’s to say? Everyone connected with this monstrous misfire is busy being envelope-pushingly smart. 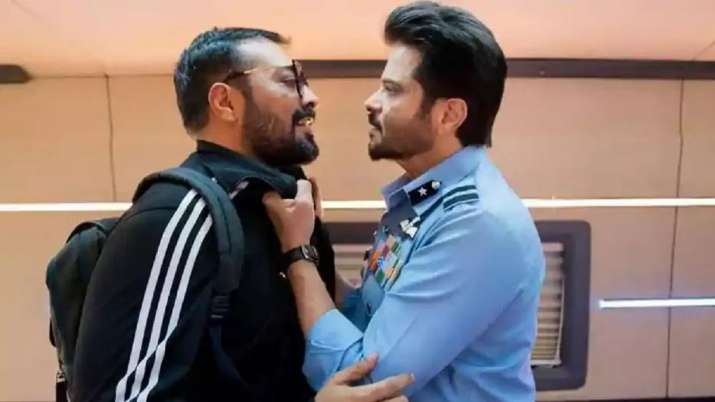 The mock-docu-drama, shot like a real-time episode of a reality-show, comes off far less clever than an episode of Bigg Boss. Out of the two actors (here’s a secret: one of them is actually a director who thinks he can act, but sshhh), one of them is constantly on a wheezing hyper-ventilating hysteria trip. The other one wears the look of a smug cat who got all the milk.

We don’t know what the secret joke between the AKs is. They seem to think that the audience, habituated as it is to believing anything the stars tell them, would actually believe that Kashyap and Kapoor hate each other, so much so that they decided to shoot a film celebrating their hatred. Oh, come on! What we see on screen probably had the entirely team doubling up with laughter. Toooo toooo woke, yaar. 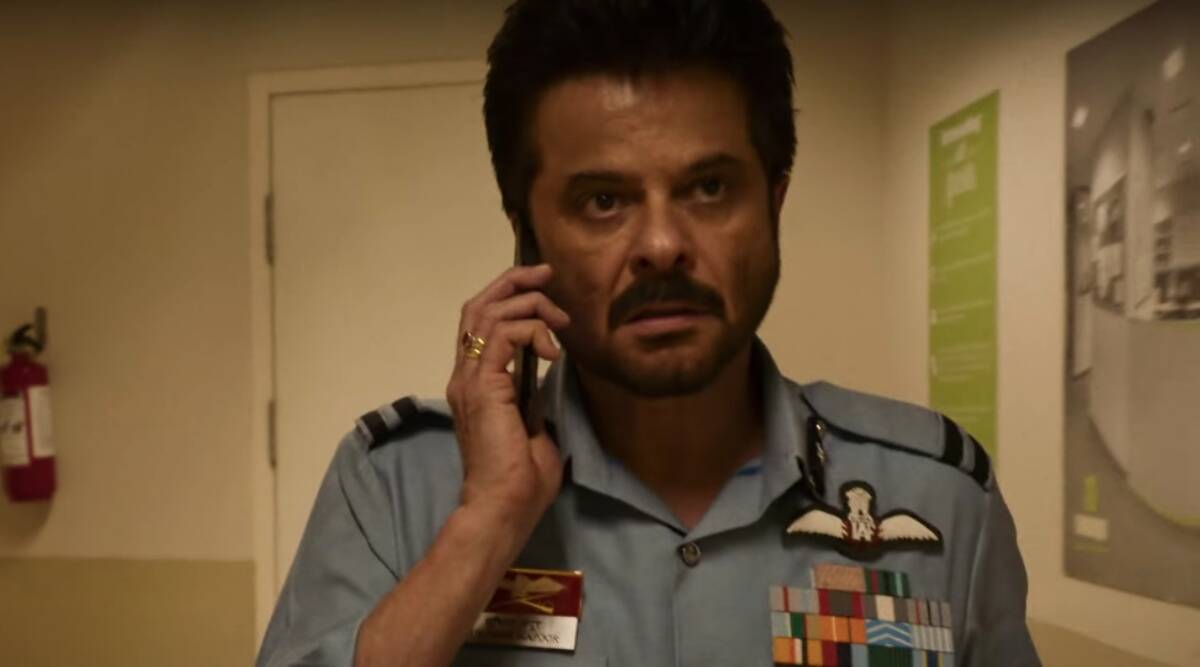 What we see is not just unamusing but highly annoying. The entire Kapoor family participates in the most voluble dumb-charade game on the planet. At one point, Anil Kapoor’s brother Boney shows up. Blessedly he doesn’t try to act like Boney Kapoor playing Boney Kapoor. The rest of the cast seems to enjoy playing a mimic version of their own self. None more so than Anil’s son Harshvardhan who shows up for the most bizarre cameo I’ve ever seen any actor perform. He raves and rants, he writes on the floor. He does all he can to attract Kashyap’s attention. The bratty performance gets lost in a swamp of attention-grabbing sequences that jump at us from the self-aware arrogance of a director who has just discovered the pleasures of rawness.

The film wears the unpolished look of horror films featuring “real footage” of inexplicable phenomena. Parts of Anil’s chase to track down his daughter (there’s even his son-in-law making anxious inquiries on the phone) across crowded lanes of Mumbai are filmed with a rising tension that never quite reaches a crescendo in even one sequence. You have exactly twenty seconds to decide whether you want to watch a wildly off-kilter film about a director staging a crime to get interesting footage on camera. Your time starts now.

Dunk Episode 1: This Star-Studded Show Does Not Waste Time Getting To The Point