Alia Bhatt has started dubbing for her latest film at Sunny Super Sound. This is the first time that the actress has stepped out for work in the aftermath of the Sushant Singh Rajput case. The Raazi actress has not really been on the front foot as most of her friends in filmdom have not been too vocal themselves.

But now she has stepped out to wrap her dubbing. “Alia started work on the film’s post production now. Sunny Super Sound is the hotspot in Juhu which is close to the homes of a lot of stars in the area and around five minutes from her home. Alia had come in with her bottle of water as well and had a long session dubbing for the film. It is not that she was not working otherwise. She was also working on the planning of the promotion of this film which will be her next release and the first family production film that she is working on,” says a source. 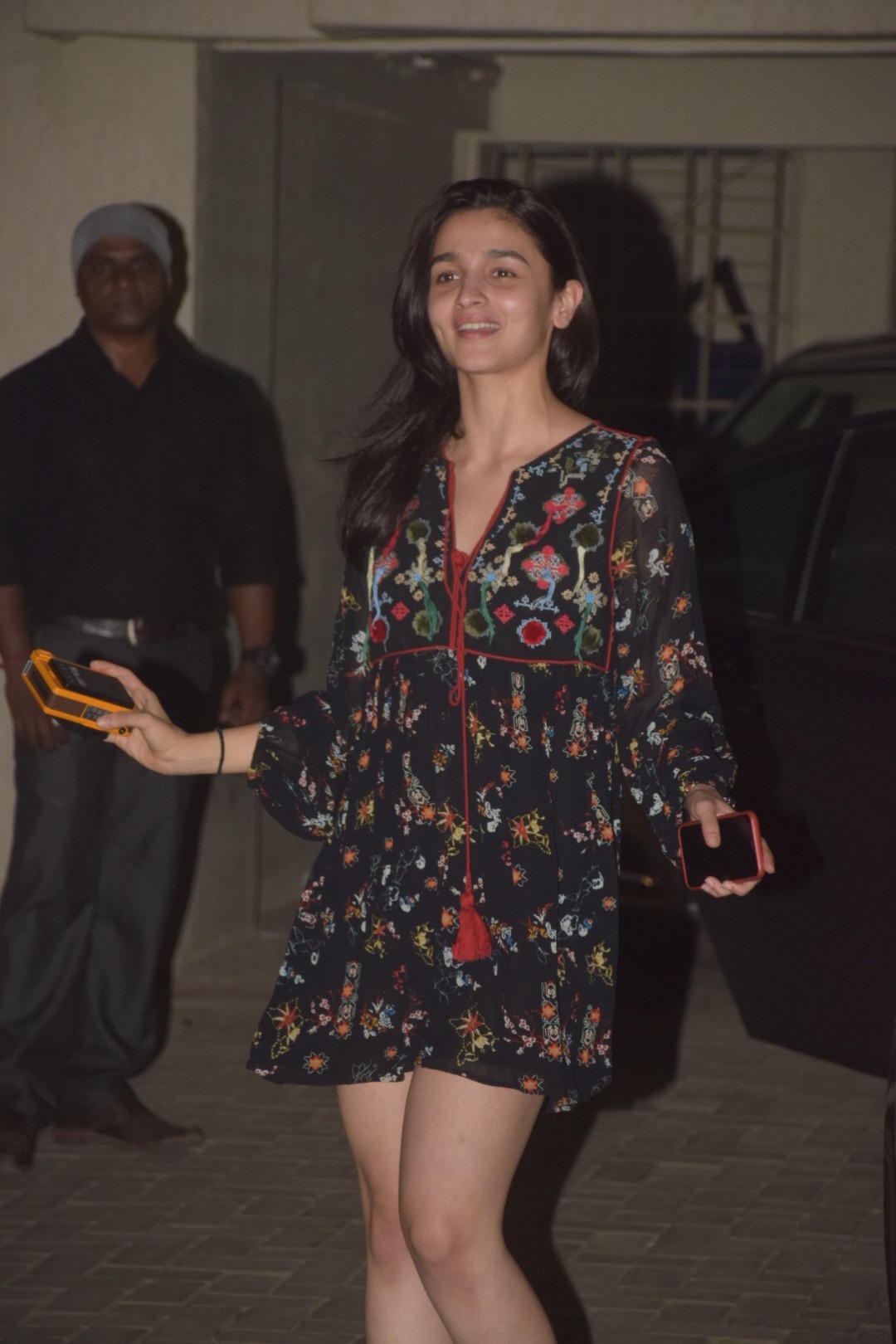 Meanwhile the film’s unit plans to shoot the remainder of the film but only after the makers figure out a location to film the shoot or the restrictions to be lifted, say sources. “Bhattsaab will be 72 next month and after the Maharashtra government dictat on the age of people shooting not to exceed 65, considering the high volumes of cases in senior citizens, the unit needs to shat at a location which will allow that or wait for the situation to change,” says a source.

As for her shoots, Alia Bhatt was the first actress ready to have a go with the Sanjay Leela Bhansali film Gangubai Kathaiwadi at the Film City studios in Mumbai. But then many shoots at Film City have been disrupted and Alia and the team at Sanjay Leela Bhansali Productions have decided not to endanger anyone’s life by shooting immediately. Her other film for Baahubali director SS Rajamouli also is in limbo because of the COVID situation. Another film that she is a part of – Brahmastra has many contact sequences and hence is pending for shoot. The post production of the film including the VFX is taking place in two continents.

Alia is not necessarily a writer but she has spent the better part of the lockdown bettering her craft. The actress has done an online certification course on creative writing from an international institute. Alia comes from a very creative family and it is but evident that the actress who was goaded into doing her own lines for her film Sadak 2 by her father and director Mahesh Bhatt has been taking the course.  Alia is not really a writer, but she was putting together essays and wrote a detailed script at the completion of the course.