Ananya Panday’s performance in the film Khaali Peeli which has three days of shoot left to complete is being appreciated a lot after the makers viewed the edited footage during lockdown. The star kid’s may not have gotten the accolades for her first film Student Of the Year 2 and subsequently in Pati Patni Aur Woh, but sources on her film’s set say that she has surely learnt from the feedback for her first two films as well as the trolls for her debutant award. “A newcomer obviously will be wet behind the ears and needs to learn and she is learning. After Khaali Peeli she has to work again in the Shakun Batra film with Deepika Padukone and she has been making the effort to listen and grasp everything that her filmmakers tell her in addition to watching a lot of films as well. In fact, everyone on the sets of her film Khaali Peeli was mighty impressed with the way she has evolved even during the shoot of the film as an actor. She even surprised her co-star Ishaan Khatter along with the director Maqbool Khan and producer Ali Abbas Zafar,” says a source on set.

Choreographer Caeser Gonsalves is impressed with her dancing skills too. “She is the youngest actor I have worked with. Ishaan is a fabulous dancer like Shahid, but Ananya was the surprise package for me,” says the veteran dance master. Her father and actor Chunky Panday. says that his road was never easy. “I have struggled a lot and bahut papad bele hain to enter films. I started struggling when I was 18 and got my break at 3. So, it took me five years. I had my moments of fun during my struggle. Everyone’s struggle is very different. I keep telling my daughter Ananya that do not try to imitate anyone because everyone’s story and struggle is very different. Actors only work because their films do. Sometimes you get a film that someone else has rejected and it works and sometimes you leave a film which goes on to be a hit. These things happen,” says the Aankhen and Aag Hi Aag hero. 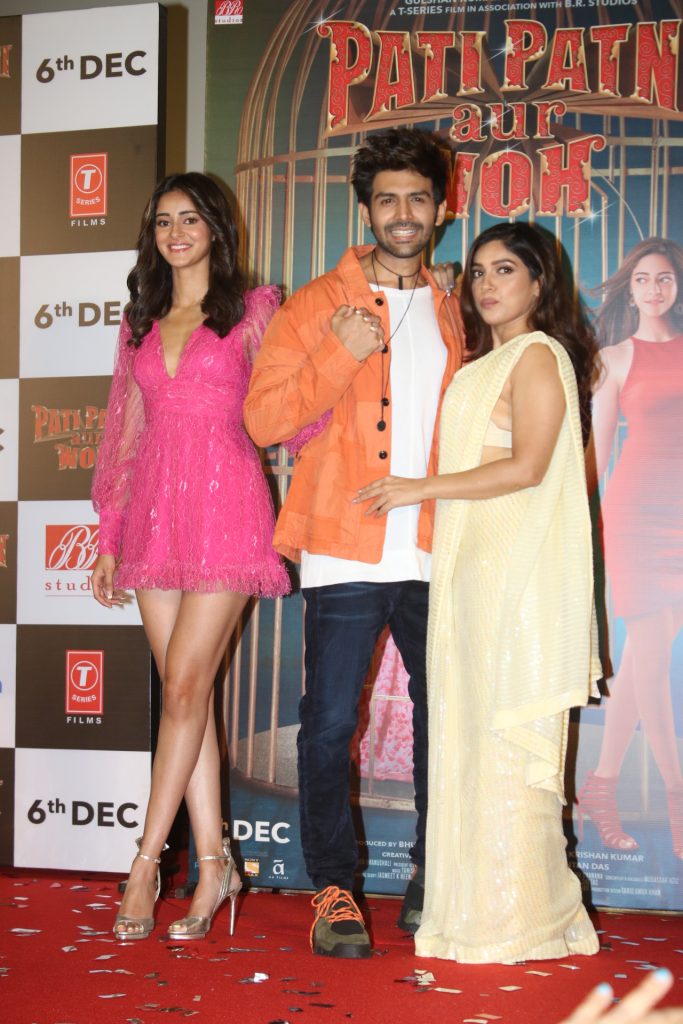 Talk about Ananya’s Telugu debut with Vijay Deverakonda and Chunky’s funny side comes out again. “Yes, they are being called Anakonda now,” he chuckles. “My daughter is copying me, because even I did Telugu films and she wants to be one step ahead of me as well. It is great for her. Puri Jagannadh is a good maker and a lot of his films have been remade in Hindi and I know that she will learn a lot,” he adds.

Ananya also has the biggie called Fighter opposite Vijay Deverakonda which might actually be her big ticket to fame if she manages a decent show in that Puri Jagannadh film.

Whether Shreya Randhawa of Student Of the Year 2 and Tapasya Singh of Pati Patni Aur Woh changes certain perceptions about her with her next set of films, remains to be seen.

Two Gorgeous Looks That Will Turn You Green With Envy