Straightaway I must say Vikram Gokhale makes a much better PM Modi than Vivek Oberoi. A veteran if ever there was one, Gokhale brings a certain gravitas to the wonderfully low-key character, a grace that goes beyond the well-trimmed beard and the designer jackets. Gokhale’s PM Modi is in a deep turmoil. Should he or shouldn’t he strike back at Pakistan after the attack on the Uri camp base? The series, extending the national-security narrative that was so effectively projected in Aditya Dhar’s feature film Uri two years ago, puts a tight leash on the proceedings from the dastardly attack to the plotting planning and execution of counter-attack, better known as the surgical attack. There is never a dull moment in Avrodh as some of our finest actors (now web stars) weave a web of political intrigue and cabinet conflicts. The dialogues are located in that semi-conversational domain where government officials throw officialese at one another without sounding excessively technical. The conflict is manifold, as the PM and his closely-knit team, the actors in the original war strike come alive through actors who seem to seize the urgency of the times with ease fluency and articulate interpretations of recent history into gripping drama. 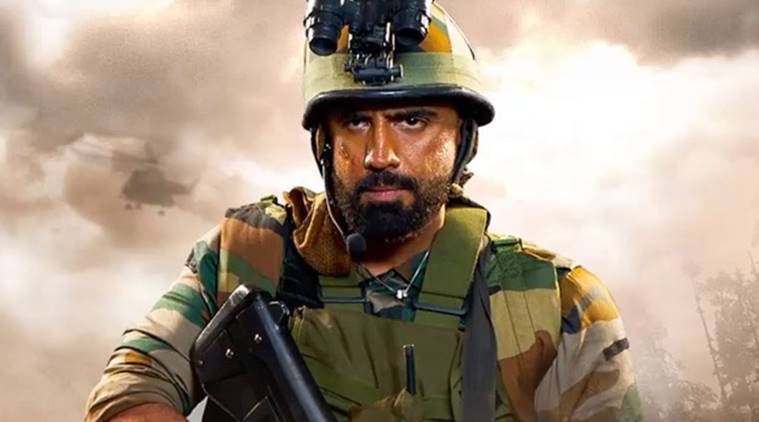 Especially well-written are poolside/bar room conversations between the PM’s National Security Adviser and Secretary of Defence played by those redoubtable actors Neeraj Kabi and Ananat Mahadevan, respectively who let their dialogues say as much their silences. There is an interesting sub-plot about an over-reaching, on-the-ground-level investigative journalist played by Madhurumi Tuli who crosses the line in more ways than one in her bid to stay ahead of the news and then redeems her reputation just in time. It is an interesting look at the uneasy and symbiotic relationship, you–scratch-my-back-I-will-watch-yours between media and politics. Ms Tuli plays the only prominent female character. She could have done better.

It is Amit Sadh, who strides into the striking strife in the third episode as the leader of the soldiers handpicked for the retaliatory strike. His arrival pumps up the adrenaline and furnishes the goings-on with a sense of committed heroism. Major Videep Singh is as committed to the mission as Sadh is to the character. I only wish his team had better face value. Except Darshan Kumar who is his usual natural self, the others in Sadh’s team are just a blur. Armed with ample nationalist fervor and exuding a sense of imminent righteousness, Avrodh will have you by your jowls until the last blast. This is flag-waving at its most fervent.