August 4, 2020, is a day that can never be forgotten. A ginormous explosion in the Lebanese capital killed at least 157 people, injured thousands and left approximately 300,000 people homeless. The Beirut blast has been reported to have caused up to $15 billion in damage. The United Nations agencies have also warned of a humanitarian crisis in Lebanon, with the World Food Programme stating the damage to Beirut’s port would interrupt food supplies and push prices up. The World Health Organization revealed the health system was seriously damaged, with three hospitals out of action. As countries world over step up to help the people of Lebanon heal, the Pakistani government has also sent a large number of relief assistance. 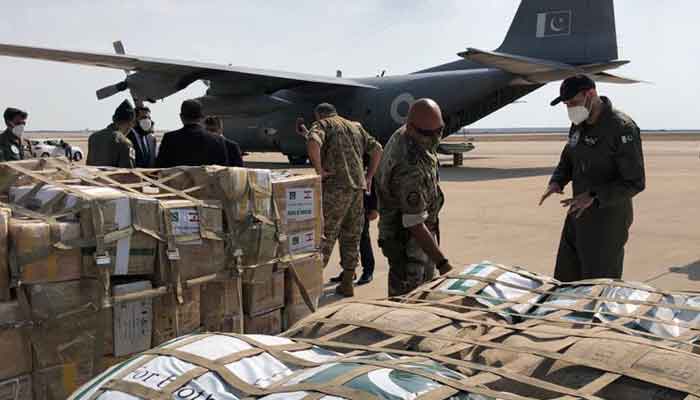 It has donated eight tonnes of food and medicine supplies to Lebanon, as a token of solidarity for the victims of the blasts. A Pakistan Air Force C-130 carrying supplies landed in Beirut yesterday. Foreign Minister Shah Mahmood Qureshi spoke over the phone with his Lebanese counterpart Charbel Wehbe, expressing his heartfelt sympathy and sorrow for over the loss of so many lives, injuries and extensive material damage, caused by the explosions. This was reported in a statement issued by the Foreign Office.

FM Qureshi noted that Prime Minister Imran Khan and President Dr Arif Alvi had already conveyed their condolences to the Lebanese government over the tragedy. He ensured that the whole of the Pakistani nation stands in strong support and solidarity with their brotherly Lebanese people. Lauding the Lebanese people for their resilience, the foreign minister mentioned he is hopeful they would come out of these stressful times soon. Lebanese Foreign Minister Wehbe also thanked the Pakistani government and its people for their endless support during a difficult time. We pray and hope this world becomes a safer place for all!

Aamina Sheikh ties the knot and we couldn’t be happier