Model Bella Hadid has a large following the world over and has been the face of a number of large campaigns throughout her career. With a huge following of over 30 million followers, her fans absolutely adore her. Sister to supermodel Gigi Hadid and daughter of Yolanda and Mohamed Hadid, Bella Hadid has always been a family girl. She often takes to her social media to share pictures and insights from her family life and is also rather proud of her family roots.

The model, together with the rest of the family, are currently isolating at their farmhouse and her sister, Gigi Hadid is expecting her first child with boyfriend, Zayn Malik. Bella Hadid recently took to her social media to share that she was being bullied by Instagram who removed a story about her father’s Palestinian roots. Bella Hadid had shared a picture of her father, Mohamed Hadid’s old US passport which states his birthplace as Palestine. The post was later removed by the social media site on the grounds of “harassment and bullying.” The model then went on to share a screenshot of the notification that she received from the social media site which mentioned that her shared content was going against its community guidelines. “@Instagram exactly what part of me being proud of my father’s birthplace of Palestine is “bullying, harassment, graphic or sexual nudity?” she asked the platform. 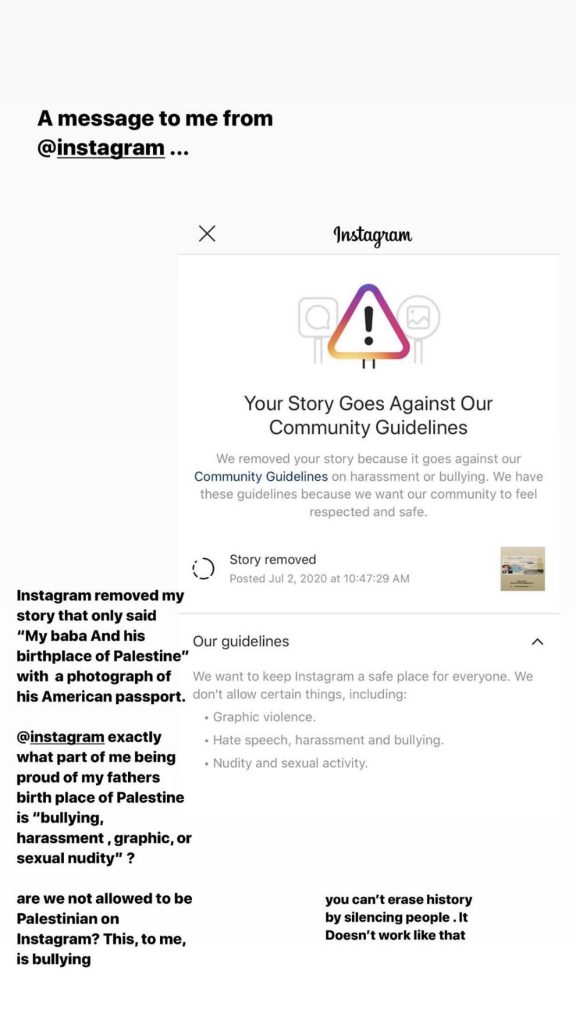 She went on to question, “Are we not allowed to be Palestinian on Instagram? This, to me, is bullying.” To conclude her post, Bella Hadid wrote, “You can’t erase history by silencing people. It doesn’t work like that. Do you want him to change his birth place for you?” In a further post, the angry model wrote, “I am proud to be Palestinian.” Bella Hadid’s father was born in Palestine and raised in Jordan.