It cannot be denied that Pakistani drama OSTs have a pull unlike any other form of music.  The soundtrack created for an original drama, it’s this song that is heard repeatedly over time in each episode, leaving its mark each week.  One could easily say that aside from Coke Studio, it’s Pakistani dramas where the best of Pakistani music can be found.  Of course, some theme songs are better than others and manage to stand out not only due to the show they are attached to, but also because they are a stellar piece of stand-alone music.  Here are the top ten best Pakistani drama OSTs of 2022. 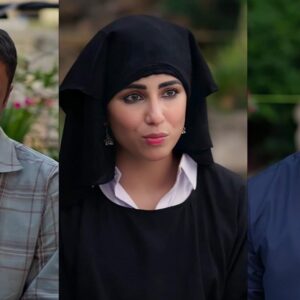 Composed by Waqar Ali with vocals by Asrar, the “Parizaad” soundtrack is a brilliant piece of music.  Not only is it lyrically powerful with lyrics written by Hashim Nadeem Khan, the music is composed as a rock song, which expands it reach.  A superhit show, “Parizaad” stars Ahmed Ali Akbar, Yumna Zaidi, Mashal Khan, Nauman Ejaz, Urwa Hocane, Saboor Ali, Ushna Shah and many others, the story has been written by Hashim Nadeem Khan and directed by Shehzad Kashmiri. 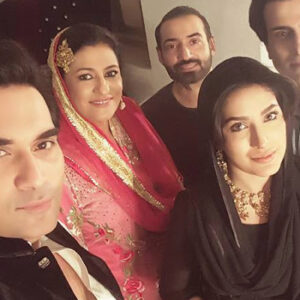 “Dillagi” is a song we’ve heard many times over the years, first from Nusrat Fateh Ali Khan and more recently by Rahat Fateh Ali Khan.  However, in “Mr. and Mrs. Shameem,” Sami Khan has recreated the composition in a fresh way that’s pleasing to the ears.  The singers are Sahir Ali Bagga, Fariha Pervez and the talented Zain Ali and Zohaib Ali duo with lyrics by Purnam Allahbadi and Sami Khan.  “Mr. and Mrs. Shameem” stars Saba Qamar and Nauman Ejaz in lead roles.  The story, which follows the lives of a couple that dares to live their lives against the grain, has been written by Saji Gul and directed by Kashif Nisar. 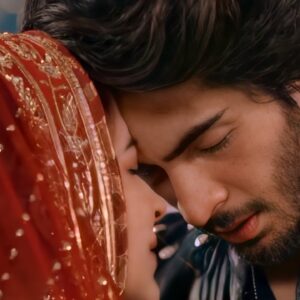 Released in January 2022, “Ruposh” is a Har Pal Geo telefilm, starring Haroon Kadwani and Kinza Hashmi, which caught the eye of Pakistani drama viewers and became quite the rage.  More than anything, the original soundtrack for the telefilm became a super success – and rightly so.  A catchy composition, great lyrics and strong vocals, this is one of the stronger Pakistani compositions to release over the last few years.  The singer, lyricist and composer of the “Ruposh” OST is Wajhi Farooki. 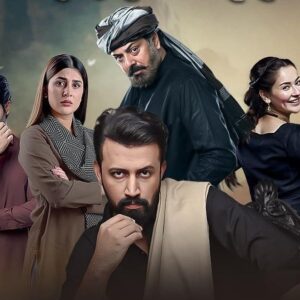 More than anything else in the drama, “Sang E Mah” will be remembered for its beautiful OST.  Sung by Atif Aslam himself, the composition is by Sahir Ali Bagga with lyrics by Fatima Najeeb.  To call this soundtrack heartfelt and powerful would be an understatement.  Written by Mustafa Afridi and directed by Saife Hassan, “Sang E Mah” focuses on issues within the Pukhtun (Pathan) community, specifically “gagh.”  The show comprises of a talented cast including Atif Aslam, Nauman Ejaz, Sania Saeed, Samiya Mumtaz, Omair Rana, Hania Amir, Zaviyaar Nauman Ejaz, Hassan Noman and others. 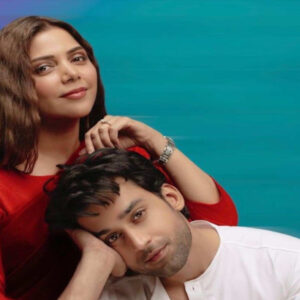 Beautifully highlighting the story of “Dobara,” this original soundtrack is carried fluidly by Sehar Gul Khan in a composition by Shuja Haider and lyrics by Shuja Haider/Imran Narmi.  This composition is simple, allowing the singing and lyrics to be the star. Telling a complicated love story between a broken widow and an emotionally injured young man, two individuals who find a “home” in each other and make it work against all odds, “Dobara” stars Hadiqa Kiani and Bilal Abbas in lead roles.  The story is written by Sarwat Nazir and directed by Danish Nawaz.

Some songs wash over the listener like a wave of tranquility and “Akhiyaan” is one such song.  A sweet love song, this OST is sung and written by Sibtain Khalid while the composer is Adrian David Emmanuel.  An entertaining story of manipulation, “Woh Pagal Si” stars Babar Ali, Zubab Rana, Omer Shahzad, Saad Qureshi and Hira Khan in central roles while the story has been written by Sadia Akhter and directed by Faisal Bukhari. 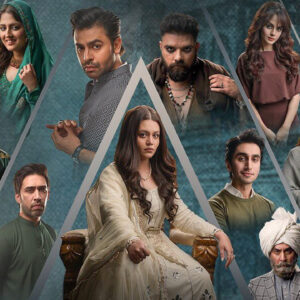 The music of “Badshah Begum” is modern, in stark contrast with its theme – and yet, the upbeat, intense OST suits the nature of the show.  Composed by Suhaib Rashdi, the song has been sung by Ali Pervez Mehdi with lyrics written by Saji Gul. “Badshah Begum,” a story centered around a feudal family, stars Farhan Saeed, Zara Noor Abbas, Hamza Sohail, Ali Rehman Khan, Komal Meer, Yasir Hussain, Saman Ansari, Abul Hassan, Shahzad Nawaz, Tanya Hussain, Hiba Aziz and others.  The story has been written by Saji Gul and directed by Khizer Idrees. 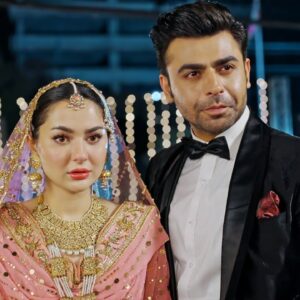 A love song that immediately conjures feelings on intense love coupled with intense misunderstandings, the “Mere Humsafar” OST is a rollercoaster ride of emotions, much like the show itself.  Sung by Amanat Ali, Yashal Shahid and Zaheer Abbas, the music has been composed by Naveed Nashad with lyrics by Qamar Nashad.  Mere Humsafar” stars Hania Amir, Farhan Saeed, Wasim Abbas, Saba Hameed, Samina Ahmed, Zoya Nasir, Omer Shahzad, Tara Mehmood, Amir Qureshi and others.  The story has been written by Saira Raza and directed by Qasim Ali Mureed. 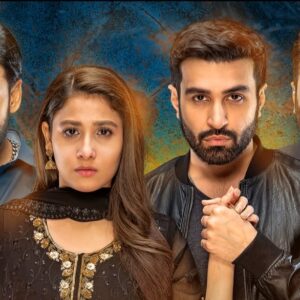 A Sahir Ali Bagga composition, the “Dil Zaar Zaar” OST has been sung by Bagga as well.  As always, Sahir Ali Bagga gives his all, pulling the listener in to the pain expressed through the lyrics.  Written by Zanjabeel Asim and directed by Saima Waseem, “Dil Zaar Zaar” stars Hina Altaf, Sami Khan, Yasir Nawaz and Azfar Rehman in central roles. Last, but not least, is the song “Zindagi.”  This song has been used not only in Har Pal Geo’s “Zakhm” earlier this year, but has also been re-used for “Siyani.”  Composed and sung by Shani Arshad, the lyrics have been written by Sabir Zafar.  “Zindagi” is a beautifully heartbreaking composition that evokes many feelings within the listener only highlighted by Shani Arshad’s vocals.  “Siyani” stars Anmol Baloch, Usama Khan, Saniya Shamshad, Mohsin Abbas Haider, Tipu Shrareef and others in prominent roles while the story has been written by Sadia Akhtar and directed by Ali Akbar.

These are the top ten Pakistani drama OSTs of 2022 according to personal opinion.  Which OST’S were missed?