Best Songs From Coke Studio Season 14
Sort out your playlist woes with these fantastic coke studio songs.
With each passing season, Coke Studio redefines music for us and how so! Coke Studio season 14 has been breaking records left, right, and center with its catchy and melodious numbers. From veterans like Abida Parveen to newbie Shae Gill, all the singers have raised the bar way higher in the 14th season. Under the production house, Giraffe Studios by Zulfiqar Jabbar Khan aka Xulfi, the songs in this season have been experimental yet catchy, the music videos truly represented the essence of each song. Be it pop, rock, or qawwali, this season truly has songs for every mood and for all music lovers. From Tu Jhoom to Pasoori, here are 5 songs that should be on your playlist pronto.
Tu Jhoom By Legends Abida Parveen And Naseebo Laal 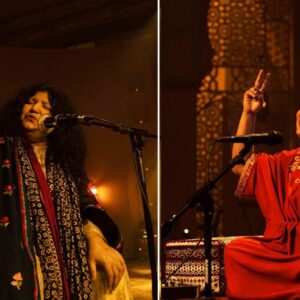 When two legends meet in the musical battle, you sure know something magical is going to come out of it. This is what happened with the song Tu Jhoom which was sung by legendary musical maestros Abida Parveen and Naseebo laal. For the unversed, the song is about a conversation that asks you to open up, and let yourself free from all worldly things because it is you who is enough. Since its release in January, the much-loved track has been breaking records not just locally, the song has been making waves even across the border. From ace Bollywood singer Daler Mehndi, singer Neha Basan, to actor Aly Goni and many more have praised the song and its vocalists.
Pasoori By Ali Sethi And Shae Gill 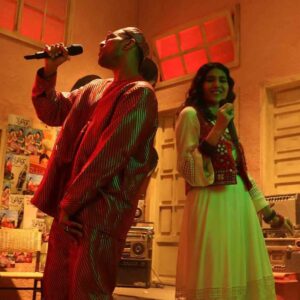 Pasoori has a global ranking of number 3 on the global Spotify chart and for all the right reasons. We already knew the ball of talent that Ali Sethi is but the most pleasant surprise that came out of this season was newbie singer Shae Gill. The song that was on the spot written by Ali Sethi and Fazal Abbas, has garnered more than 1.3 million views on YouTube and is getting stronger by the day. The song has garnered massive praise from across the border whereby singer Armaan Malik has been hooked to the song and thinks Pakistani Coke Studio is the next level.
Go By Abdullah Siddiqi And Atif Aslam 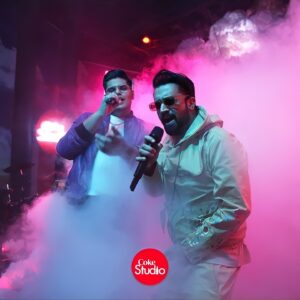 Another song that really tugged at our heartstrings was Go by Abdullah Siddiqi and Atif Aslam. The futuristic sounds of Abdullah Siddiqi and soothing vocals of Atif Aslam became a dreamy cloudscape and earworm hook for its audience. The classical, as well as western influence and complementing and contrasting voices, made such a wonky hyper bop track that the audiences will remember this electronic song as one of the best once out there.
Kana Yaari By Eva B X Khaifi Khalil And Abdul Wahab Bughti Despite the song that was sung in the Balochi language, Kana Yaari hit the right chord with its audience. From hijabi rapper Eva B to Kaifi Khalil from Lyari, the Balochi ballad gave emerging talent a bigger platform to shine. This track came with surprising revelations. While fans were already mesmerized by a powerful episode one, featuring Abida Parveen and Naseebo Lal, Kana Yaari brought an unexpected contrast- setting the tone for a blockbuster upcoming season.
Neray Neray Vas By Soch The Band X Butt Brothers 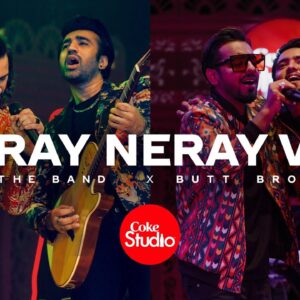 The Coke Studio 14 didn’t fail to surprise us and with each song, they surprised us to no end. Neray Neray Vas by The Soch Band and Butt Brothers was yet another number that took the audience completely by surprise. A straightforward song was Neray Neray Vas, which was mixed with traditional Punjabi instruments like tumbi, matka, and harmonium and made it into a light groovy dance number which the audience loved.

Opinion Piece: How "Dil E Momin" Is Discreetly Putting Forth a Dangerous Message