Celebrities React To Pakistan’s Performance Against India
Emotion runs high when it’s Pakistan versus India cricket match. The avid fans are glued to their television screen by halting their daily activities when the traditional opponents are on the ground ready to lock horns. Yesterday India and Pakistan teams played a T20 pool match against each other and India won the match. The match occurred in Dubai and it w Pakistan took up batting first. They set up a target of 147 against India. India won the cricket match by 5 wickets and scored 148 runs although the Pakistani team gave them tough competition.
Celebrities on social media appreciated the Pakistani cricket match losing the game albeit with much grace. Ushna Shah, Mawra Hocane, Shahid Afridi, Shoaib Akhtar, Arsalan Naseer, Umar Akmal, Kamran Akmal, Ahmed Shehzad, Annie Khalid, and many more praised team Pakistan and also wished them good luck for the future. Here are the tweets of celebrities!
Ushna Shah Took to Twitter and Expressed Her Love For Cricketer Virat Kohli 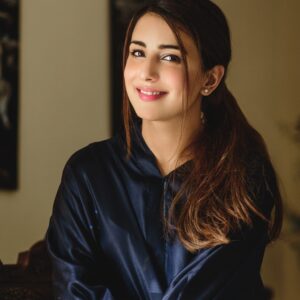 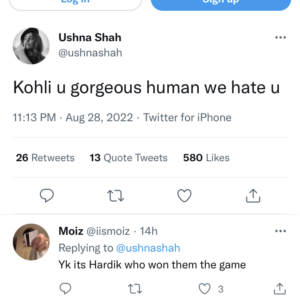 The Habs star took to social media platforms to express her opinion regarding Indian cricketer Virat Kohli and says “Kohli you gorgeous human we hate you”.
Anchorperson and host Iqrar Ul Hassan also took to Twitter to congratulate the Pakistani team on fighting well. The Sar-e-Aam host, Iqrar-ul-Hasan took to the social media site Twitter and lauded the entire cricket team by saying “Well fought Green Shirt.”
Shoaib Akhtar Lauded The Pakistani Team, especially The Bowling Unit
The cricket legend shared his jubilance with the twitter-verse and said “What a fight back by Pakistani Bowling Unit. India came out stronger in the end. What a Match.”
Mawra Hocane Lifted The Team Spirit By Congratulated The Entire Team: 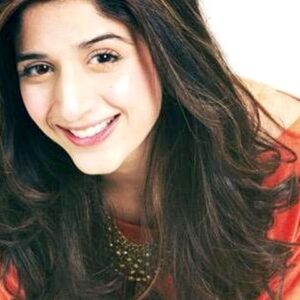 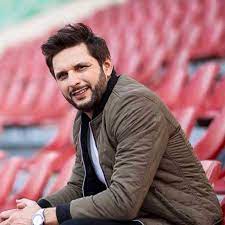 The OG of the cricket world Shahid Afridi expressed his experience after watching last night’s match and said “When two strong teams play a big match and take it down to the last ball, then you know the fans have won as well because that’s what we want to see, a battle that is worth watching. @Hardikpandya7 made his presence felt in both innings. Good display of skills by Naseem and Nawaz.”

11 Most Followed Celebrities of Pakistan