Coke Studio 2020 and Velo Sound Station: How The Internet Responded

The coronavirus pandemic inevitably resulted in a rather dull and dreary year. Filling the void was Coke Studio 2020 that left music aficionados gripped with excitement when it revealed its star-studded lineup last month. The first episode of the much-awaited season featured three tracks unveiled by producer Rohail Hyatt. Singer Meesha Shafi, who received ample backlash from netizens for not appearing at court hearings for her ongoing legal tussle with Ali Zafar, made a powerful comeback to the platform with the season-opener Na Tuttya Ve and the recently dropped Gal Sunn. The former, an all-female anthem comprised six artists including Fariha Pervaiz, Sanam Marvi, Shafi, Zara Madani, Wajiha Naqvi and Sehar Gul Khan. Jaag Rahi and Dil Khirki were also well-received by listeners. Meanwhile, Velo Sound Station took off to a great start too, receiving more praise than criticism. The first episode of the new-fangled music show covered performances by Umair Jaswal (Maine Tumhari Gagar Se), Atif Aslam (Kadi Te Hans) and Natasha Noorani (Baby Baby), with all their songs being produced by music composer Ahsan Parvaiz. Shafi’s Boom Boom has also been making waves on social media. Here is how Twitter users are responding to Coke Studio 2020 and Velo Sound Station: 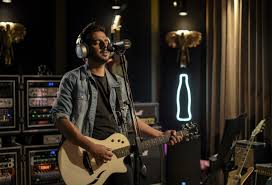 Whoever is in charge of Coke studio aesthetics and design deserves accolades. They’ve built a brand experience and a vibe that is soulful, nostalgic yet modern. And continues to transcend mediums. Truly era defining work

All 3 promos of upcoming episode from #CokeStudio2020 is so freaking amazing… @rohailhyatt bro you are killing it this time…!!!!🖤❤@itsmeeshashafi @RFAKWorld @tribalgulabo

Looking forward to some classics which is the legacy of @cokestudio!#CokeStudio2020 #CokeStudio13 https://t.co/4r3zNAbjWi A strong message for women empowerment gets even stronger in punjabi. "Na Tutya Ve"#CokeStudio2020https://t.co/1U9fJnLEie

rap by Meesha Shafi. You can’t ask for any better start for Coke Studio this year. #CokeStudio2020 #MeeshaShafi pic.twitter.com/ekrnWm9LC4

Wow, what a powerful voice. What a performance. 👏👏 Amazing, loved it❤️❤️.
#MeeshaShafi#NaTutteyaVe#boomboom#CokeStudio2020#VeloSoundStation

Really liked the opening song of the #CokeStudio2020, especially the rap version of Meesha Shafi. Didn't understand it completely but loved the energy of the song.

@itsmeeshashafi returns to Coke Studio after 10 years and oh man, what a comeback! @itsmeeshashafi's rap is the best thing on the internet today!!#CokeStudio2020 #cokestudio #MeeshaShafi

It’s the first time in the history of #CokeStudio2020 that all female singers of a season are performing in one song. 🙌🏻 #NaTutteyaVe pic.twitter.com/nnOyw4zRlf

If 2020s coke studio had a face …..#CokeStudio2020 #MeeshaShafi pic.twitter.com/MzQEOf7NmO

A space that fusions music and culture together, Coke Studio is a music platform that has given multiple hit songs, #NaTutteyaVe is in top of the list in #CokeStudio2020 by meesha shafi. pic.twitter.com/en9yL1tU6o

What a powerful vocals & lyrics
Na Tutteya Ve is Strong message for everyone especially for men Every women should be respected & should be treated with love & affection
These girls nailed especially Meesha Shafi & Good to hear Fariha Pervez vocals after long time#CokeStudio2020 https://t.co/Yto4S6AWGK

They just smashed the opener with such energetic chorus.
Meesha Shafi stand out here👏🏻#CokeStudio2020 #CS13 pic.twitter.com/Jxkf8ZHM8F Many users are looking forward to Yaqeen, a Wajiha Naqvi-crooned song about the journey of self-belief through flavors of Raga Rock and Brit-pop in an East meets West musical fusion:

Fusions are always just a cherry on top 🍒#CokeStudio2020 https://t.co/S5y9d1GCD9

Mehdi Maloof’s Dil Khirki has received mixed reviews. While some have referred to it as a masterpiece, others are not for it:

Dil Khirki is a masterpiece and why not many people are talking about this song? Mehdi Maloof absolutely nailed it ❤️ #CokeStudio2020

Dil Khirki bested every other song for me personally in the first episode!

Dil Khirki was some masterfully written stuff, I thought. He uses very simple words but he's said so much, and sung it so freely.

Dil khirki (coke studio) and eye to eye(tahir shah) are on tough competition.

Is #CokeStudio2020 that bad this year?

Dil khirki was such a loss. They had worked out a fantastic beat only to ruin it with below average and out of sink lyrics

Fans are going gaga over Shafi’s Gal Sunn too: 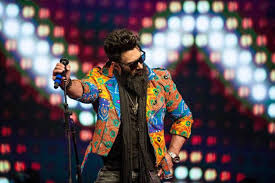 I am loving VELO Sound Station

Atif Aslam seems to have made up for his absence from Coke Studio with Velo’s Kadi Te Hans:

Umair Jaswal’s Gagar is making the rounds for all the right reasons:

Hated it when I first heard it, but heard it in the car today on full volume and fell madly in love with the tune. Check it out @raisinganchor | Umair Jaswal | Gagar | VELO Sound Station 2020 https://t.co/6MAeE8Ww8b via @YouTube 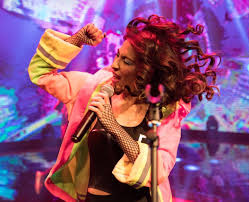 What a day for Meesha Shafi. A banger on Velo and another on Coke Studio.

In to my playlist for atleast a year!

So it's a double treat. First on Coke Studio and now this. This is excellent @itsmeeshashafi ma'am. https://t.co/4QVdoBc23x

And Meesha shafi never disappoints 🔥🔥 . It amazes me how much they changed the dynamics of the song yet still it's essence hit you like Nazia Hassan .#VeloSoundStation @itsmeeshashafi 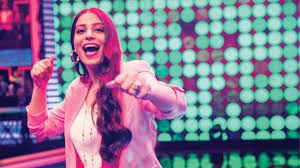 Comparions between the two:

Twitter users have also been drawing comparisons between the two shows. A handful of them feel Velo is giving tough competition to Coke Studio. “Great things are happening for Pakistani music. So happy to see a fresh sound with amazing visuals and performances,” wrote a user. A post added, “Another great challenge to Coke Studio after Nescafe Basement. “Velo sound station and Coke Studio running parallel, December, coffee, can’t get better than this. Pakistan Has Got Talent!!” Another tweet read, “I think this 1st season of #velosoundstation is far better than the last four seasons of #cokestudio.”

https://t.co/WUCjsMMdS5
Great things are happening for Pakistani music. So happy to see a fresh sound with amazing visuals and performances.

Another great challenge to Cokestudio after Nescafe Basement. This time its a Niswaar company sponsoring music 🙂 #VeloSoundStation

Just encountered #dilkhirki in a youtube advertisement and it seems like a nursery rhyme without any rhyme. Now everyone have a chance to become a cringey singer #CokeStudio2020 needs a nescafe because #VeloSoundStation is giving better composition this year.

Velo sound station and Coke Studio running parallel, December, coffee, cant get better than this. Pakistan Has Got Talent!!

Velo Sound Station is actually good, Just checked out it with my cousin. It really is pop music for sure 🤩

I think this 1st seoson #velosoundstation is far better than last 4 seasons of #cokestudio.
Wby?

First Pepsi Battle of Bands, then Coke Studio, then Nescafe Basement, and now we have Velo Sound Station. 😍

Of course, no show is complete without some amount of flak. Calling Velo Sound Station out for prerecorded songs, a user wrote, “At least Coke Studio and Nescafé Basement are recorded live. Velo has pre-recorded/auto-tuned songs where singers can’t seem to lip-sync. In my view Velo sound station is a disaster. Given the class, brilliance and calibre of Bilal Maqsood, Velo is far below my expectations.” Others lamented about how Coke Studio’s latest season cannot compete with its predecessors. Taking a dig at the music platform, a user noted, “But hey, at least they (used to) make decent coke studio songs and cute heartwarming ads.” Some are hoping for the next episode to be better though.

At least Coke Studio and Nescafé Basement are recorded live. Velo has pre-recorded/auto-tuned songs where singers can’t seem to lip-sync. In my view Velo sound station is a disaster. Given the class, brilliance and calibre of Bilal Maqsood, Velo is far below my expectations.

Now going on a music cleanse with some AR Rehman.

Hope the next episode is better.

This entire Velo sound station is crap. I expected nothing less than class from Bilal Maqsood but airing pre-recorded, auto-tuned songs with singers unable to lip sync is a disappointment and disaster in my view. Not to mention the dancing girls & boys. So not classy.

PARENTS and ADULTS, THIS IS IMPORTANT!⚠️

VELO sound station’s marketing is pretty cool. But the fact is, our YOUNG generation should understand that NICOTINE is not COOL at all. What is VELO? It is basically a nicotine pouch that you put in your mouth like a naswaar.

#VeloSoundStation how many times the same old songs will be remixed and re represented. Is talent over from pakistan?? Im really sick of the remixed songs.
Some guys are making new and worth listening songs but nobody is promoting them. What a shame !!!

#CokeStudio ready to disappoint us again 🙂

Velo Sound Station shows genuinely fake excitement similar to their ad with a maniac kicking containers of paint on floor.

This gif is 10x more interesting than all of Velo's promotion pic.twitter.com/LyN0XE2wMs

This is for all the people who thought it was ‘too controversial’ for #AliZafar to be named as a univ ambassador. This is the backlash for #MeeshaShafi for performing in Coke Studio & Velo Sound Station instead of showing up in court where she was summoned MULTIPLE times. #MeToo pic.twitter.com/nYujrKNh7B

Singer Meesha Shafi has grabbed eyeballs for appearing on Coke Studio and Velo Sound Station but refusing to make an appearance in court in her longstanding legal feud with Ali Zafar. Echoing the sentiments, Dubai-based journalist Mahwash Ajaz posted, “This is for all the people who thought it was ‘too controversial’ for #AliZafar to be named as a univ ambassador. This is the backlash for #MeeshaShafi for performing in Coke Studio & Velo Sound Station instead of showing up in court where she was summoned MULTIPLE times. #MeToo.” Similarly, TV host and influence Waqar Zaka recently uploaded a video on Facebook in which he questioned Shafi for the same. He asked why Shafi disappeared right after levelling allegations of abuse against Zafar, adding that she previously claimed she had moved to Canada and would not return but instead made her way back for the two music shows while not being bothered about her court hearings. He also lashed out at Coke Studio for not banning Shafi, mentioning that had it been Zafar in her place, he would have been removed from the platform.

You can watch his video here:

Muneeb Butt Is Proud Of Wife Aiman Khan For Making It To Forbes List Of Asia’s 100 Digital Stars: Here's His Post