PML-N leader Nawaz Sharif and party president Shehbaz Sharif’s mother, Begum Shamim Akhtar, passed away in London on Sunday. She was almost 94 years old and was serious ill for the past few months. Her body will be flown in to Lahore from London and she will be buried in the Sharif family’s ancestral graveyard in the city. Meanwhile, Shahbaz and his son Hamza, who are currently in Kot Lakhpat Jail, have requested a two weeks’ parole so that can attend her funeral rites in Lahore. Arrangements will be made by Maryam Nawaz and her husband Captain (retd) Mohommad Safdar. Several renowned personalities have taken to social media and conveyed their condolences to the bereaved family members.

My condolences and prayers go to the Sharif family on the passing of Mian Nawaz and Mian Shahbaz Sharif's mother. Inna lillahi wa inna ilayhi raji'un

Condolences to shareef family on the demise of their beloved mother.May Allah grant her highest place in jannah.May our prayers help you comfort @CMShehbaz 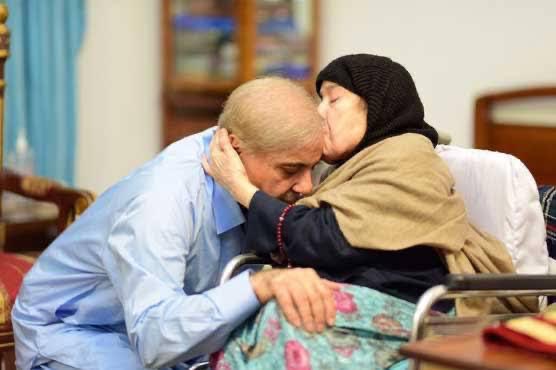 Prime Minister Imran Khan posted, “My condolences and prayers go to the Sharif family on the passing of Mian Nawaz and Mian Shahbaz Sharif’s mother. Inna lillahi wa inna ilayhi raji’un.” Actor Fahad Mustafa tweeted, “Condolences to the Shareef family on the demise of their beloved mother. May Allah grant her the highest place in Jannah. May our prayers help you comfort.”

Former President @AAliZardari and Chairman PPP @BBhuttoZardari condoles over the death of the mother of Mian @NawazSharifMNS and @CMShehbaz https://t.co/WukoKZw88x