The Netflix film Cuties has been under the radar ever since its release on September 9, 2020. It tells the story of an 11-year-old Muslim-Senegalese girl, who is constantly torn between her traditional family members and dance troupe friends. Cuties received ample flak for reportedly objectifying children, particularly young girls, in a derogatory way. Now, the streaming giant’s CEO Ted Sarandos has responded to the backlash, arguing the film has been widely misunderstood. He was responding to a Texas grand jury’s indictment that previously stated the show “appeals to the prurient interest in sex, and has no serious, literary, artistic, political, or scientific value.” 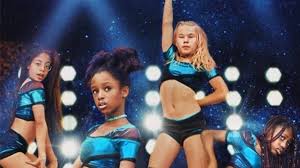 Sarandos said, “Frankly, I’m surprised there hasn’t been more discussion about the First Amendment implications of this film. It’s a film I would argue is very misunderstood with some audiences, uniquely in the United States.” As per the indictment, Netflix is accused of promoting “visual material which depicts the lewd exhibition of the genitals or pubic area of a clothed or partially clothed child who was younger than 18 years of age at the time the visual material was created, which appeals to the prurient interest in sex and has no serious literary, artistic, political, or scientific value.”

Sarandos added, “It’s the director’s story and the film has obviously played very well at Sundance, without any of this kind of controversy and played in theatres throughout Europe without any of this controversy.” He continued, “I think it’s a little surprising that in 2020 in America, we’re having a discussion about censoring storytelling.” The Netflix chief noted that the streaming platform never considered making edits or limiting access to the content of Cuties before its official premier in September this year. However, Sarandos did point out that he was not for Netflix’s marketing of the show, which the company itself realized and apologized for earlier.