Dubai’s Road and Transport Authority (RTA) has announced upgrades to three metro stations on Dubai Metro’s Red Line. These include Dubai Internet City, Damac Properties and UAE Exchange metro stations. In a press release, the RTA shared that around 40 percent of the construction work in these stations had already been completed.

Director-General and Chairman of the Board of Executive Directors of RTA, Mattar Mohammed Al Tayer said, “The improvement of stations along with the surrounding infrastructure aims to bring happiness to customers and enhance the experience of pedestrians and cyclists, besides providing safe and smooth mobility for people of determination.” 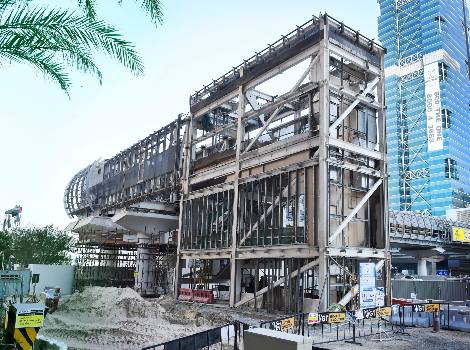 The upgrades include construction of another Western entrance at Dubai Internet City Station. The link between Damac Properties Station and Dubai Marina Tram Station is also being improved in order to meet the growing demand during morning and evening peak travel time.

At UAE Exchange Station, another Eastern entrance is being constructed to accommodate the arrival of more passengers at the station. The existing Eastern and Western sides of the station’s entrances will also be enhanced for improving access.

“This project is part of a master plan to improve the infrastructure of 40 Metro and marine transport stations by 2025,” said Al Tayer, adding, “It also aims to ensure safe and smooth accessibility of those areas to pedestrians, cyclists and drivers. The selection of those stations was based on several criteria such as the number of riders, number of people of determination among users, population density, geographical distribution in the surrounding areas, and the number of mobility journeys between transit means.”

According to the latest statistics shared by RTA, the number of people using public transport was around 594 million in 2019, which increased from around 589 million in 2018.