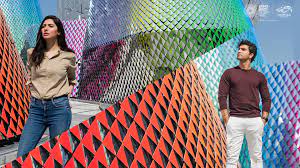 Walking on air right now because Pakistan Pavilion is the world’s biggest fair Expo 2020 Dubai bags the “Best Pavilion Exterior Design” award. Nearly a million visitors have come to visit the Pakistan Pavilion as of mid-February which in itself is quite a big feat contrary to the competition they had with all the developed countries. The visionary designer of the Pakistan Pavilion Rashid Rana has been awarded Sitara-e-Imtiaz, and rightfully so. Pakistani Pavilion became an instant hit under the theme of “Pakistan’s Hidden Treasures”. The pavilion covers eight key spaces portraying the country’s history, religious diversity, culture, landscape, and wildlife, among others. Pakistan: The Hidden Treasure’ illuminates the unique jewels of Pakistan unknown to many, both within and outside the country. 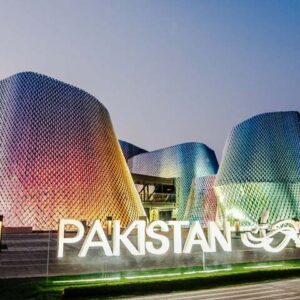 To honour the legacy and magic that was created by the Pakistan Pavilion at the Expo 2020 Dubai, recently a docu-film has been released featuring internationally recognized actors Mahira Khan and Ahad Raza Mir. Since Pakistan Pavilion will not be physically preserved after the world’s biggest ends, the digital legacy will be carried forward till the next Expo event which will be held in Osaka, Japan.
The digital legacy features the brand ambassadors of the Pakistan Pavilion Mahira Khan and Ahad Raza Mir who talk about the majestic beauty that Pakistan is. The documentary has been beautifully shot in Gilgit Baltistan and Skardu which is basically the epitome of beautiful serenity and wilderness. It proudly showcases the natural beauty that Pakistan is, the snowfall-covered and rugged mountains, the lakes and valleys, and the unique culture and traditions that it has to offer. 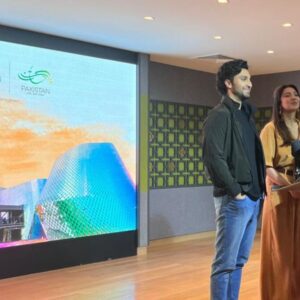 The digital legacy has been directed by the genius Afroz Abro. We must say this docu-film is a great way to showcase the gorgeous and majestic locales and hidden treasures of Pakistan, which will eventually greatly help in the tourism sector as well. The dialogues for the short documentary have been written by our very own Mahwash Ajaz who has not just represented by introduced Pakistan to the world by her spellbinding words. The documentary has been sponsored by PepsiCo.

Badzaat: An Intriguing Story of Love and Rivalry