In a career spanning 12 years, Fahadh Faasil has acquired the reputation of being an actor who doesn’t act. He vanishes into every character he plays. Talking to The Brown Identity in a recent interview, Fahadh – Malayalam cinema’s pride and one of India’s finest actors – discusses his technique, goals, ambitions and the responsibility of being an actor who delivers a blow to the status quo every single time.

Q. Fahadh, why are you so shy of the media?

Fahadh: I would rather let my work do all the talking. In an interview I’ never sure what I’m going to be asked next. I am not in control.

Q. You have the rare ability to disappear into every character you play. How do you do it?

Fahadh: (laughs shyly) Well sir, I believe in a collaborative process. A performance depends on the performance of so many others who are part of the film crew.

Q. Agreed, but everyone gets the same opportunity to shine. But not every actor is Fahadh Faasil?

Fahadh: Thank you. I guess I’ve been fortunate to do the work that I want to do. This has only been possible because I am a producer on most of my starrers.

Q. You mean you make it happen for yourself, the work that you want to do?

Fahadh: Yes, it is the only way I can be sure to control what goes into my films and performances. In any case it’s hard to convince others to produce films like Trance or C U Soon. I find it easier to function this way. Primarily, I need to be excited about the films and the characters that I’m playing. Everything else follows. 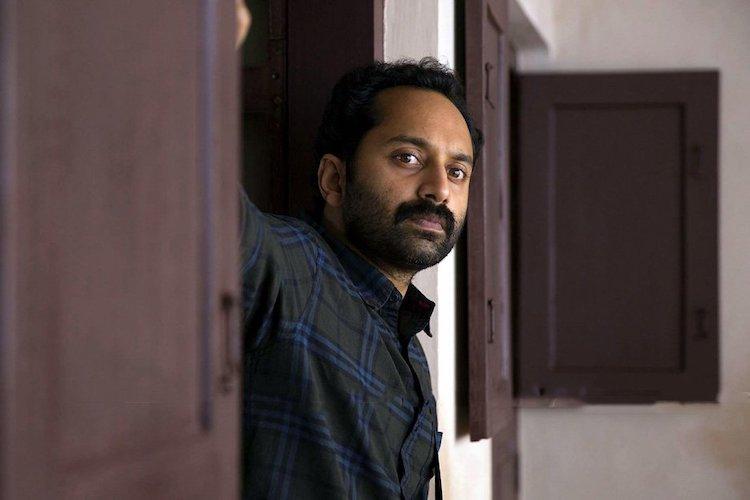 Q. How do you pick these strange characters you play, like the psychotic husband in Kumbalangi Nights or the chain snatcher in Thondimuthalum Driksakshiyum?

Fahadh: (Laughs) I look at the film in its totality and not only my character. When you work for the film and not just for your character, then it’s a different universe being created. The rules of film acting are the same in cinema and on stage. You can’t try to overshadow your co-stars. An actor cannot afford to be selfish.

Q. But in cinema, one-upmanship is a way of life?

Fahadh: I think that’s changing gradually. It’s a matter of time. If you look at a film by Christopher Nolan, the biggest of stars are there as purveyors of the director’s vision. That’s how I see cinema and my role as an actor. As a producer also the intention is to sell the film and not the actor.

Q. Your new film C U Soon has gone to the digital platform. Does the thought of such an expanded viewership for your work excite you?

Fahadh: The fact that the film has gone to audiences across the world is definitely exciting. But I firmly believe that the two platforms are separate and mutually exclusive. What is made for the movie theatres must only release in theatres. And likewise, the content for the OTT platform belongs only there. C U Soon was made specially for the OTT platform. We will be shooting a separate version of the same script with the same cast for theatres when the lockdown is over.

For me, the version that you see at home is meant for the OTT platform. Even if we shot this film after the Covid pandemic, it would have been exactly the same. What you’ve seen is the virtual version. We have the script ready for a theatrical version which will be shot on location, in Dubai. The idea is to broaden the canvas. You won’t see the characters through the phone, you will see them talking on the phone.

Q. That’s really interesting. Your character Kevin in C U Soon takes us through the story?

Fahadh: Yes, I am the audience. My reactions are what the audience is supposed to experience.

Q. Your other recent release Trance was completely lost on the OTT platform? Q. You have been around for 12 years. How much of this is an ongoing challenge?

Fahadh: For me, the challenge is within me. I don’t think of what people expect from me. I think only of my own expectations from me. Does the commercial success of my films bother me? Not at all. As long as everyone associated with my film is paid and no one suffers a loss, I am fine. I produce my own films , and I am answerable only to myself. Like I said I can’t do the work that I want to do unless I am in control as a producer.

Q. Not too many star-actors in India think like that? Do you agree?

Fahadh: I would like to think that other actors too create the freedom to do the work they believe in. This is how I feel at the moment. Two years from now I may feel differently.

Q. Which of your characters are you most attached to?

Fahadh: Once I am done with a film, I move on. I don’t know which of the characters I liked the most. But I’ll tell you something that happened once. In 2016 I had done a film called Maheshinte Prathikaaram. Two years ago, when I was passing through the location where the film was shot I felt I knew his guy from this place. That said, I don’t internalize my characters. I’d rather have the audience than me owning my characters.

Q. How do you manage to look so different in every film?

Fahadh: It is a lot of factors. When I play a character, I need to look in the mirror and see someone I’ve known. Q. When you look in the mirror do you see the character?

Fahadh: No, I see only myself (laughs). The biggest fight for an actor is to stop seeing himself. It’s difficult to play a character who is not someone I know. I try to play characters I don’t know.

Q. Do you enjoy the thought of directing a film?

Fahadh: Not at all. I don’t know anything about direction. The advantage is that I’m only an actor. So, I can ask the director or editor anything, no matter how stupid it may be.

Q. When do we get to see you in a Hindi film?

Fahadh: The thing is, I am not fluent in Hindi. I need to think in the language that I speak my dialogues in. Yes, I’ve been offered many Hindi films. I’d love to come there. There’s so much talent there. But at the same time Malayalam cinema is also getting there. In a couple of years, the language won’t matter.

Q. I feel there is no regional cinema anymore?

Fahadh: Exactly. That’s why it’s not cinema that should travel. It’s talent that should travel pan-India. I’d love to do a film with Aamir Khan. Or to begin with him, just discuss his films and his approach to acting and ask him how he approached something like Dangal.

Q. Aamir should be equally curious about your talent?

See, there are different approaches. I’d love to show him my films. I’ve never met him. Another actor in Hindi cinema that I admired was Irrfan Khan. Though I had never met him I admired him for the same qualities that I strive for. He never tried to dominate the screen. He made the film believable.