Fawad Khan And Wasim Akram Starrer Money Back Guarantee Teaser Released and It Has Exceeded All Expectations
Fawad Khan and Waseem Akram starrer movie is compared with the famous serial Money Heist.
Faisal Qureshi, who is making his directorial debut with Money Back Guarantee just dropped its trailer and we must say, it has exceeded beyond expectations. The wait was totally worth it. Not just former cricketer Wasim Akram is also making his debut as an actor in the movie alongside Fawad Khan, we will also get to see his wife Shaniera Akram in the movie as well. The movie teaser looks so slick and sharp that it is already drawing comparisons with every so-famous Money Heist and Ocean’s Eleven. 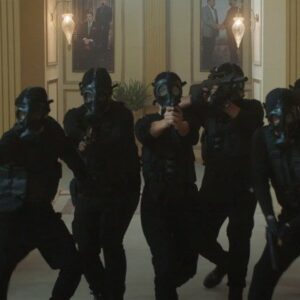 The teaser starts with a dialogue “agar daro gai to maro gai aur agar Maaro gai to agay barho gai” (you will be killed if you are scared and if you kill, you will move forward). The teaser includes lots of epic car chasing, thrilling twists and turns, some intense cat-and-mouse chasing scenes, masked heists with safes full of cash, and a glimpse of Fawad Khan which was one final gripping scene that took our breath away.
With Money Back Guarantee, it is going to be Fawad Khan’s second movie as a lead actor after Legend of The Maulah Jatt.  Not just Fawad Khan, Wasim Akram will be making his acting debut alongside his wife Shaniera Akram which is a win-win given their beautiful chemistry offscreen. The rest of the ensemble cast also includes big names like Mikaal Zulfikar, Ayesha Omer, Hina Dilpazeer, Gohar Rasheed, Ali Safina, Adnan Jaffer, and Mani in pivotal roles. 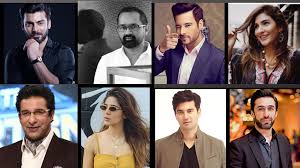 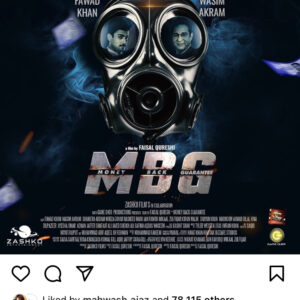 According to Gulf News, though the main plot is very much under wraps but Wasim Akram plays a short yet very important role in the movie while the female cast in the film doesn’t play the traditional love interests. A bank robbery is part of the film plot while many significant cameo appearances will appear that include George Fulton, Muniba Mazari, and senior actor Mustafa Qureshi. The film is set to release in theatres worldwide on April 21, 2023.

Nimra Bucha To Star In Pakistani-Canadian Movie Me, My Mom, And Sharmila