Five New Pakistani Dramas You Should Watch Before January Ends

In recent weeks, several dramas have come to an end, such as Fraud, Siyani, Wehem, Wehshi and Daraar.  This has opened up space for new, fresh shows to kick off the new year.  In January 2023, many new shows have begun, filling the space left by those which have concluded.  But which ones are worthy of a watch?  Here are five Pakistani dramas worth watching – for different reasons. 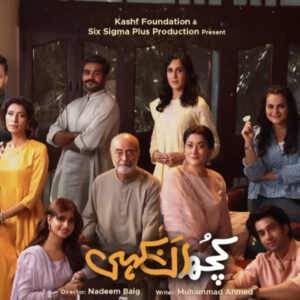 At the number one spot is “Kuch Ankahi.”  After many disappointing “big” shows this past year, such as Sinf E Aahan, Ishq E Laa and Sang E Mah, expectations towards promising launches have been pretty low.  However, “Kuch Ankahi” delivers in the first episode, promising love, comedy, drama and fun rolled into one show.  The show has a talented, beautiful cast including Sajal Aly, Bilal Abbas Khan, Mira Seti, Mohammed Ahmed, Irsa Ghazal, Vaneeza Ahmed, Babar Ali, Adnan Samad Khan, Sheheryar Munawar, Asma Abbas, Ali Safina, Qudsia Ali and others.  The show has been written by Mohammed Ahmed himself and directed by Nadeem Baig.  This show tops the list of must-watch shows with its earthy toned presentation and story centered around family drama meets comedy. 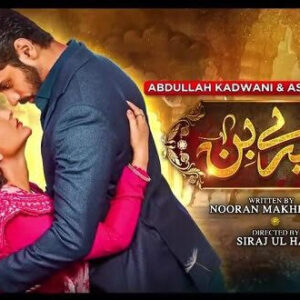 To call “Tere Bin” anything other than a guilty pleasure watch (at least at present) would be an injustice to other quality shows on air.  “Tere Bin” has a heavy Star Plus quality to it with over-the-top reactions and shots.  Despite that, it’s Wahaj Ali as Murtasim and Yumna Zaidi as Meerub who carry the show and give it a pull with their characters who currently hate each other – but will eventually fall in love.  The story has been written by Nooran Makhdoom and directed by Siraj Ul Haq.  There is something here which leaves you wanting more, watching these starkly different characters wind up together in marriage.  Wahaj Ali is stellar as the angry young man, but Yumna Zaidi wins hearts as Meerub, a strong girl who fights back as she wonders how she wound up in this situation.  There isn’t anything critically applause worthy here and a scene featuring a slap has already rubbed viewers the wrong way, but the show is certainly an entertaining watch. 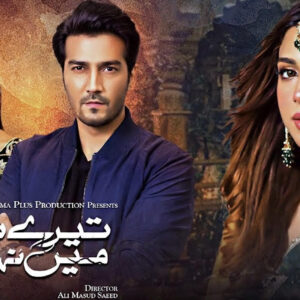 Often in Pakistani dramas, independent women are made out to be the villain.  They have jobs, drive a car, wear pant suits, high heels, makeup and are essentially the “vamps” of the show while the female lead remains clad in shalwar kameez and has all the values determined “good” by general society.  Within the first few scenes alone, “Tere Bina Mein Nahi” stands out in this regard as the story focuses on balancing home vs. work life.  Noor and Murtaza are childhood sweethearts who hit a roadblock when Noor declares she wants to pursue her dreams before getting married.  Starring Sonya Hussyn, Shehzad Sheikh, Aiza Awan, Bushra Ansari, Khaled Anum, Munazza Arif and others, the story has been written by Maha Malik (who recently wrote “Aye Musht E Khaak) and directed by Ali Masud Saeed.   As of right now, what’s refreshing about the show is that both sides are correct in their stance and there isn’t a “bad guy.”  If the narrative manages to stay on track and continue delivering strong episodes, this will be a success. 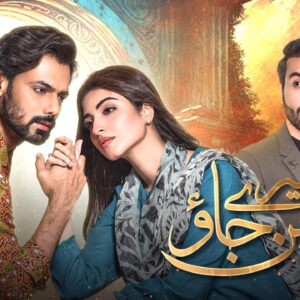 How much trust is too much trust?  How much should you trust your partner to safeguard your privacy – especially a partner before marriage?  While we love to believe the person we love would never breach our trust, is it always true?  Starring Zahid Ahmed, Kinza Hashmi and Azfar Rehman in lead roles, the story has written by Samira Fazal and directed by Syed Ahmed Kamran.  In “Mere Ban Jao,” we are introduced to Fardeen and Azmia, cousins who are engaged to be married.  However, Fardeen is very demanding and has a temper and Azmia has a pacifying nature, something which could be detrimental to her reputation in coming episodes.  The first episode does a great job of setting the stage for what’s to come with episode one ending on an ominous note.  If handled correctly, this is a show to watch out for. 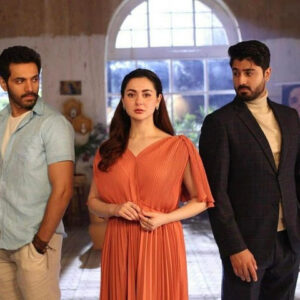 “Mujhe Pyar Hua Tha” is essentially a love triangle between two cousins and an outsider.  Written by Sidra Sehar Imran and directed by Badar Mehmood, “Mujhe Pyar Hua Tha” stars Wahaj Ali, Hania Amir, Zaviyaar Nauman Ejaz, Shahood Alvi, Salma Hassan, Javed Sheikh, Angeline MalikNoor Ul Hassan, Shaheen Khan and others in prominent roles. The first two episodes got off to a rough start and the show was not initially impressive. However, as the episodes have gone on, it has gotten progressively more interesting, the highlight of the show being Wahaj Ali’s performance.