From Sajal Aly To Asim Azhar: Pakistani Celebrity Couples Who Got Engaged, Married And Went Their Separate Ways This Year
This year engagements, weddings as well as divorces have taken over the Pakistani entertainment industry for all the right as well as wrong reasons. Open your Instagram and you will find out many celebrity couples tied the knot in lavish and intimate weddings, many got engaged and others, unfortunately, went their separate ways via divorce. This is why social media has become a great barometer for the status of star-studded relationships nowadays.
Sajal Aly And Ahad Raza Mir Are Legally Divorced 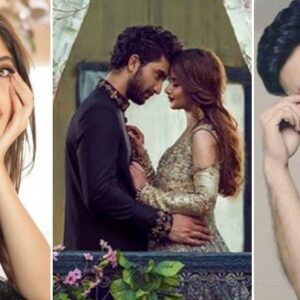 Right after Ahad’s suspicious absence from Saboor Ali’s wedding, rumors started making the rounds of power couple Sajal Aly and Ahad Raza Mir’s separation. Similarly, he wasn’t part of Sajal Ali’s movie promotions Khel Khel Mein to which Sajal has been clarifying that Ahad is in Canada for work and hence couldn’t attend any of the movie promotions. The news of Sajal and Ahad’s separation got confirmed right after Sajal changed her surname on Instagram. The news was also later confirmed by Amna Haider Isani of Something Haute that the couple is legally divorced. Well, we wish both Ahad and Sajal happiness and prosperity in their future endeavors.
Farhan Saeed And Urwa Hocane Are Back Together After Long Separation 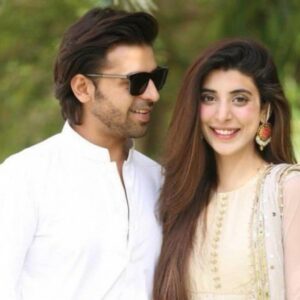 We are super happy to announce that after a long period of separation, celebrity couple Farhan Saeed and Urwa Hocane have worked out all their differences and reconciled. Back in the year 2020, rumours started making the rounds about celebrity couples taking a hiatus from their marriage because of irreconcilable differences and are going their separate ways. Social media and their fans have since then gone into a frenzy.  Confirmed by Galaxy Lollywood during one of their Instagram sessions, they further confirmed that Urwa and Farhan have sorted out their matter and problems and attended Zara Noor Abbas’s birthday bash together.
Asim Azhar And Merub Ali Got Engaged In An Intimate Ceremony 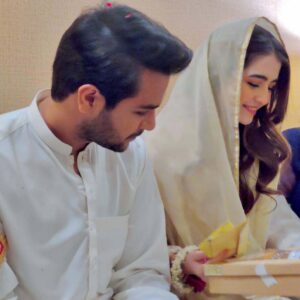 Turns out speculations about the relationship status of singer Asim Azhar and actor Merub Ali were on point as the couple recently got engaged in a quiet ceremony with only close friends in attendance. The childhood friends posted the same statement on social media, writing: “Shukar Alhamdulillah [Thank you, God]. With the grace of Allah Almighty and our parent’s duas, we announce our Imam Zamin – engagement. May Allah SWT and Ahlebait keep us protected and this happy forever, Aameen. Keep us in your prayers.”
Modal Amna Babar Announced Her Divorce On Instagram Live A&Q Sessions 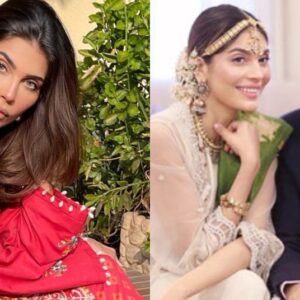 Modal Amna Babar who got married in the year 2019, has announced her divorce from husband Zahid Noon on her Instagram Q&A session. Amna who was based in Dubai, after her marriage Amna responded through a video, saying, “Because he isn’t my husband anymore. We just got divorced and are taking care of our child jointly. Things didn’t work out between us but he’s a great father, so we’re happy.”
Actor Mariyam Nafees Ties The Knot In Day Time Ceremony 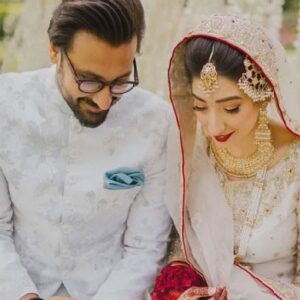 Actor Mariyum Nafees and director Aman Ahmed tied the knot in a daytime ceremony that took place on 25th March. Nafees had shared photos of her and Ahmed’s Dua e Khair in 2021, making their relationship Instagram official at the time. Last week, Ahmed surprised the actor with a dreamy marriage proposal in a picturesque location.

Badzaat: An Intriguing Story of Love and Rivalry