In a video that went viral earlier this year, actor Naila Jaffery raised the subject of royalties that are denied to artists even when their productions are rerun countless times. Following suit, a slew of showbiz personalities spoken up regarding the same. And in no time, PTI Senator Faisal Javed Khan took to Twitter and announced, “Most countries around the world give royalties/residuals to artists every time a show, their work, is re-run, a second time or more. However, sadly in Pakistan, where many artists are already underpaid, there is no policy or law ensuring that artists be given financial credit for their work.”

Giving hope to all artists, he added, “Therefore, it is very critical to fill the gaps and bring proper framework via amendments in legislation to ensure that our producers, artists get the rights to royalties. I am in touch with all stakeholders and IA a comprehensive bill is being brought soon to address this very important issue.” Mahira Khan, Yasir Hussain, Mansha Pasha, Sakina Samo, Zara Noor Abbas, Armeena Khan, Kubra Khan, Asad Siddiqui and Ayesha Omar among others raised their voices to ask for royalties to artists. 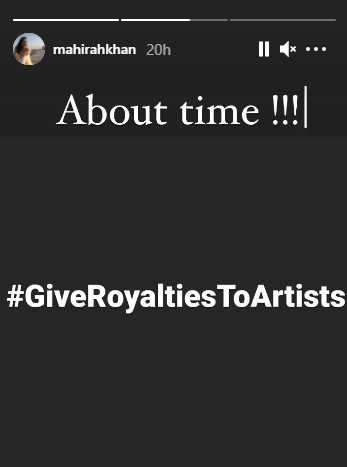 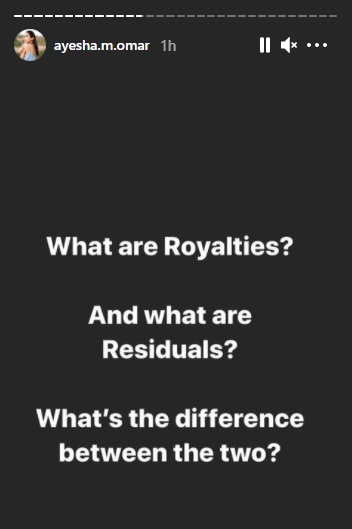