Naya Rivera’s tragic passing has left Hollywood stars shaken. The Glee actor went missing at Lake Piru in the first week of July and her body was found six days later. The late Naya was pronounced dead on January 13, 2020. While post-mortem reports revealed the cause of death was accidental drowning, she left behind her four-year-old son, who accompanied her to the recreational spot. According to investigators, Naya seemed to have gotten stuck in a strong current and while she managed to push her son Josey back onto the boat but was unable to save herself and never returned. 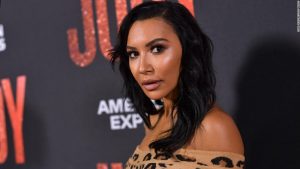 Paying tribute to Rivera in a joint statement, Glee producers Ryan Murphy, Brad Falchuk and Ian Brennan described the 33-year-old actor as a “joy to write for, a joy to direct and a joy to be around.” “The three of us are currently in the process of creating a college fund for the beautiful son Naya loved most of all,” they wrote.  “Although Rivera wasn’t initially hired as a cast member, it didn’t take more than an episode or two for us to realize that we had lucked into finding one of the most talented, special stars we would ever have the pleasure of working with,” the producers added.

The trio also acknowledged the impact of Rivera’s character on the LGBTQ+ community, as well as “the humor and humanity” that she brought to Santana’s relationship with Brittany, played by Heather Morris. “The three of us are currently in the process of creating a college fund for the beautiful son Naya loved most of all.”  Rivera played openly gay cheerleader Santana Lopez on the Fox musical comedy-drama, which quickly won critical acclaim after debuting in 2009. She appeared in nearly every episode of the show, which ended in 2015. Her death comes as a big loss to the Hollywood industry and her loved ones.