Here Is Why Balqees Fathi Became First Celebrity To Have Wax Figure In Madame Tussauds, Dubai
6 things you should know about Balqees Ahmed Fathi and how she became a well-known face of the United Arab Emirates. 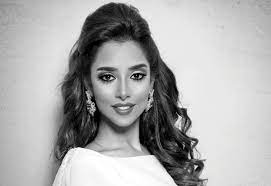 Tadaaa! mic drops and here we reveal to you the first Middle Eastern celebrity that got her statue waxed in Madame Tussauds, Dubai. And she is none other than Balqees Fathi. Unveiling the wax figure in Caesars Palace, Blue Waters Dubai, Balqees met her wax and we must agree, the resemblance is uncanny.  The well-known Yemeni-Emirati singer commented while unveiling the wax statue, ‘I feel privileged to be the first Arab artist to stand side by side my wax figure at the iconic Madame Tussauds Dubai. I am overwhelmed with the incredible likeness that this wax figure holds to my physical appearance and to the impeccable attention to detail that captures my personality. Let’s get to know a little about the famous singer who has become a household name in a short period of time.
She Is a Graduate Of Abu Dhabi University:
Let’s get a little peep into her personal life. Just at the age of 33 she has achieved the heights that everyone wishes for. A graduate of Abu Dhabi University, she aspired to become a university professor (destiny had it written differently). She is a mom to a 4-year-old boy Turki Bin Sultan and recently got divorces from her Saudi Arabian businessman husband.
She Hails From An Artistic Family: 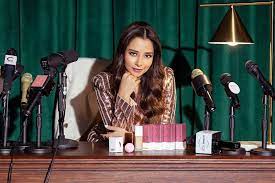 The Emirati singer Balqees originally hails from Yemen. Her family though is an artistic family as her father Ahmed Fathi was a well-known Yemeni musician and her mother is a Yemeni who is a citizen of the UAE. Following in his father’s footsteps, Balqees has been dropping some great music bombs for more than a decade now.
Balqees Fathi Rose To Fame In The Year 2013: The Yemeni-Emirati crooner Balqees Fathi became an overnight sensation with her song “Majnoun” in the year 2013. The 7-minutes long song shows her singing prowess and her amazing range. Since then, the star has been dominating the music chart with her blockbusters and has become the reigning queen with her chameleonic ability to adapt to the music industry trends.
She Released A Music Video For the UAE National Day Celebration:
The half-Emirati singer Balqees, who boasts her own star on the Dubai Stars walkway in Downtown Dubai, lend her voice and released a video on the released music video World Chants Zayed as a theme dedicated for 40th National Day Celebration of the United Arab Emirates.
She is All Up For Women Empowerment:
Balqees was named as a UN Champion for Women’s Rights in the Middle East in 2016 and is also a supporter of Refuge’s Don’t Cover It Up campaign against domestic violence. Not only that she is working on women’s education and has educated at least 50 graduates on her personal expenses to date. Believes in the equality of women and men when it comes to academic opportunities.
Her Song Jabbar Was In Lebanese Dialect:
Talk about being multi-talented. Although the singer is originally Yemeni and has Emirati citizenship, recently she sang a song that was in pure Lebanese dialect.
Recently, the luxury brand Piaget’s celebrated 10 trailblazer women,and one of them was the Yemeni-Emirati crooner Balqees Fathi in the list.