Popular actor and former model, Amna Ilyas, was recently making headlines for having tied the knot with actor Dawar Mehmood. Rumours of an alleged wedding were making rounds on social media and as per the circulating rumours, the actors got married on September 5. How these reports started to circulate is beyond us and now the actor herself has come out on social media to address the rumours.

Taking to social media, the actor uploaded a video in which she can be seen addressing the rumours of her and Dawar Mehmood’s alleged wedding. In the video, which was shared by Amna Ilyas on her social media, she can be heard saying, “Excuse this brute – listen to me,” as the video started off with Mehmood saying, “To all the people spreading rumours, take this from me!” he said, raising a foul hand gesture. 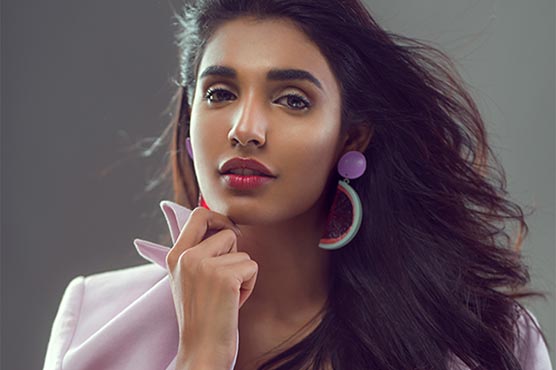 A number of publications and local portals had reported that the two had tied the knot. “Model, actor Amna Ilyas and director Dawar Mehmood of Kopykats Production have reportedly tied the knot in a simple ceremony on Saturday,” read one of the most circulated news reports. Reports further suggested that Amna Ilyas had been hinting at a wedding since May.

This is not the first time false news such as this has been circulating on social media. When celebrities are in question, everything from their personal life to who they are seen with, who they date, who they are friends with all come under the spotlight and often gives light to such rumours and the spread of false news.