While most long-running shows have continued through Ramadan, it’s always the Ramadan-specific day shows that win in ratings during this month.  While we saw “Chupke Chupke,” “Ishq Jalebi” and “Tanaa Banaa” last year, this year has given us entertainment in the form of “Hum Tum,” “Chaudhry and Sons” and “Paristan.”  Let’s discuss how the shows are faring. 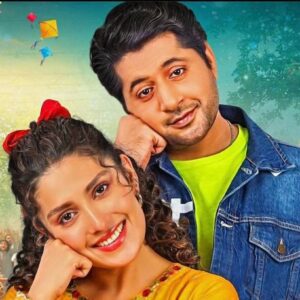 Of all three Ramadan shows, “Chaudhry and Sons” took the slowest start – but has emerged as the winner of the season (personal preference).  This is a show that serves as the perfect Ramadan watch with a genuine family drama interlaced with laugh-out-loud comedy – and a strong romantic angle as well.  Starring Imran Ashraf, Ayeza Khan, Sohail Ahmed, Noor Ul Hassan, Asma Abbas, Yasir Nawaz, Madiha Rizvi, Irsa Ghazal, Usman Peerzada, Saqib Sameer and others, the story hWith as been written by Saima Akram Chaudhry and directed by Syed Wajahat Hussain.  Compared to Saima Akram Chaudhry’s “Hum Tum,” she has written “Chaudhry and Sons” in a more traditional manner with culture, customs and tradition serving as the basis for the story – and it works.

With Pari (Ayeza Khan) now comfortably settled in the Chaudhry house, her relationship is growing with the entire family.  While her romance with Billu (Imran Ashraf) has been growing in a natural, believable way, she has also been winning over Dildaar Chaudhry (Sohail Ahmed) and making a place for herself in her grandfather’s heart.  With marriage now in the cards for Billu and Pari, how will he react when Pari’s truth is revealed?  There is little to criticize in Chaudhry and Sons.  The dialogues are so well-written and the jokes are more subtle, natural comedy that catches the viewer by surprise with the spontaneity and wittiness.  The banter between Sohail Ahmed and Noor Ul Hassan’s characters is hilarious, particularly their running gag over hair dye.

The entire cast is doing a brilliant job, leaving little room for complaint with each actor giving their one hundred percent to their roles.  While “Chaudhry and Sons” started as the underdog, it is quickly becoming a fan favorite through word of mouth. 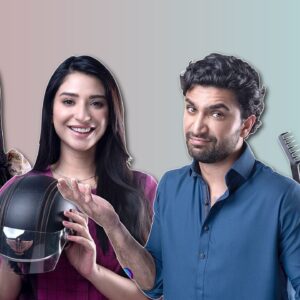 Like last year’s runaway hit “Chupke Chupke,” “Hum Tum” has also been written by Saima Akram Chaudhry and directed by Danish Nawaz.  The show took off to a promising start with a great cast, including Ahad Raza Mir, Ramsha Khan, Junaid Khan and Sarah Khan in lead roles, supported by actors like Adnan Jaffar, Farhan Ali Agha, Uzma Beg, Mohammad Ahmed and others.  While the show has been entertaining viewers, the overall theme has also been very progressive.  Following three intelligent, well-educated girls who are not great homemakers on one side and two homely, tidy boys who are good at cooking on the other, “Hum Tum” has been working hard to shatter gender roles while also depicting how society looks at girls and boys if they do not conform to these ideals.

Unfortunately, “Hum Tum” is now losing points in that the show is more than half over and the romance between Adam (Ahad Raza Mir) and Neha (Ramsha Khan) has yet to begin.  While Maha (Sarah Khan) and Sarmad’s (Junaid Khan) romance has been the highlight of the show so far, warming our hearts with these kind characters coming together, the cat-and-mouse chase between Adam and Neha is still running strong.  The two continue to fight, even attempting to sabotage Maha & Sarmad’s relationship out of hatred for one another.  Ahad Raza Mir does tend to go over the top with his performance at times, he is still doing a good job with Adam and making this character likable.  On the other end, Neha, as a character, is atrocious.  She is unlikable and downright evil, even pouring boiling tea on Adam’s hand just out of spite.  This behavior isn’t cute and has become annoying, though Ramsha Khan is doing her best with an annoyingly written female character.

Still, “Hum Tum” is an entertaining watch and serves as comedic relief at the end of a long day. 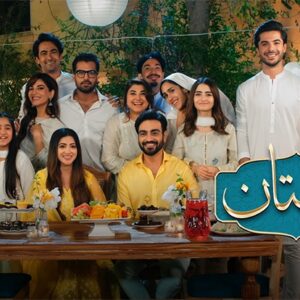 “Paristan” has been written by Samra Bukhari and directed by Ali Hassan.  Of the three, “Paristan” had the strongest start and initially had the best flow, pulling in viewers immediately.  However, as the narrative has moved forward, it’s beginning to seem that the burden of holding this show together has been placed entirely on Aymen Saleem’s shoulders.  Despite consisting of a talented cast including Arsalan Naseer, Saife Hassan, Javeria Saud, Azra Mansoor, Ali Safina, Naveen Waqar, Asad Siddiqui, Merub Ali, Junaid Jamshed and many others, the one for the show seems to have been given to everyone – “overact.”  This memo was not delivered to Aymen Saleem or Ali Safina, so the two are consistently performing with what they have been given.  Aymen Saleem’s Pari is lovable and the sort of heroine we’ve been missing on our screens for some time.  However, the family surrounding her and the scenarios she is pulled into are downright ridiculous.  The only thing keeping the show afloat is Pari and her romance with Arsam (Arsalan Naseer).

We have four love stories in this show and not a single one should have any “controversy” – and yet, they are all unnecessarily complicated.  Meher (Naveen Waqar) and Aazir (Asad Siddiqui) separated years ago due to a misunderstanding.  But the two are suddenly ready to patch up after little explanation over the misunderstanding while Meher’s brother is hellbent on getting her married to any random who shows up at the door.  Meanwhile, Ujala (Merub Ali) loves Babar (Junaid Jamshed), but Javeria Saud’s Mumaani and Azra Mansoor’s Daadi are hellbent on getting Ujala and Arsam married – why?  Daadi’s obsession with Ujala is downright creepy and Mumaani is conveniently overlooking the fact that Ujala and Babar have been engaged since birth…..and want to remain that way.  We also have the romance between Aman Ullah (Mooroo) and Zulekha (Mira Sethi) is cute enough, but there has been little build-up to it nor have the characters received proper attention.  Even the main love story with Arsam and Pari receives a max of 1 scene per episode.

Unfortunately, “Paristan” has turned into the sort of show one watches in fast-forward motion.  Most of the show is dominated by Javeria Saud’s character, who is incredibly irritating and does not have anything to contribute to the actual story.

At the end of the day, all three shows have entertaining stories and high points with their own fan followings.  Of the three Ramadan shows, which is your favorite?

The Finale of “Baddua” Is Regressive And Predictable