Humayun Saeed Discusses Important Deleted Scene from The Crown
Humayun Saeed sat with Vasay Chaudary in talk show “Mazaaqraat’’.
Recently actor Humayun Saeed sat for a fun interview with Vasay Chaudary on the talk show “Mazaqraat”. Fans loved Humayun Saeed’s short yet impactful role in the Season 5 of The Crown series.  The London Nahi Jaonga star plays the role of Dr. Hasnat Khan, who ate Princess Diana for short while before her death in episodes 9 and 10th of The Crown. Sitting opposite Vasay Chaudary on a talk show, Humayun Saeed shared intriguing details about his casting and how he was selected among so many competitors.
During this fun and banter session, Vasay Chaudary asked Humayun Saeed if all the scenes were included or were some scenes chopped from the episodes. Humayun replied “One scene from the ninth episode, a very dramatic scene was cut from the show due to the exceeding duration. Every episode lasts for around fifty minutes which is why the scene got deleted. It was an important scene and I personally really liked it because it was when Diana says she will convert to Islam for Dr. Hasnat,” shares Saeed. 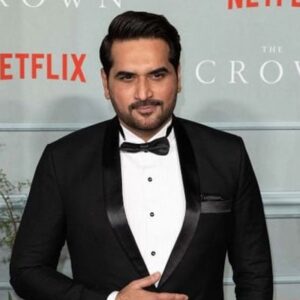 Humayun further gave details about how he was offered the role of Dr.Hasnat Khan in The crown series. The talk show host further asked, did he ever imagine that he would be cast in the 5th season of the most expensive Netflix series The Crown. To which Humayun replied “No I never imagined it to ever happen. Though I was pretty excited when I heard about the character of Dr.Hasnat has been offered who was from Pakistan. The role is never offered to one person, it is offered to around 8 to 9 people and then I sent my audition and was shortlisted in the top three. That’s how I got the role but maybe because I was suffering from a 103 fever due to Coronavirus, that’s why I got selected.” He jokingly shared the details. 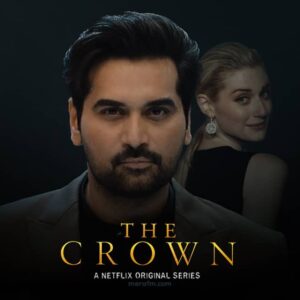