Imran Ashraf Awan: A Roundup Of The Actor’s 5 Best Performances

On track in his ascent towards glory and basking in the success of back-to-back hits, there is no gainsaying that Imran Ashraf Awan is one of the finest stars in Pakistani cinema today. His ambitions seem to know no bounds, as do his acting skills and soaring talent. Having made his acting debut in 2011, he has delivered some stellar performances, both on the small and big screen, in his almost decade-long showbiz journey, gaining recognition and critical acclaim for his appearances in Dil Lagi, Alif Allah Aur Insaan, Dil Mom Ka Diya, Tabeer, Ranjha Ranjha Kardi and Kahin Deep Jaley. Here are a few of Imran’s best performances to date. Imran proved his mettle as an actor through his ground-breaking performance as Bhola, a 26-year-old mentally challenged boy. The story centres on Noori (played by Iqra Aziz), a garbage picker who decides to work for a better lifestyle by fighting against all odds. However, fate has different plans for her when she eventually crosses paths with Bhola, the owner of a mansion and agricultural land in a village. Imran’s performance earned him ample praise and his character fast became an internet sensation, with his dialogue Main Hoon Aur Mere Saath Bhi Main Hoon and the ‘Haye Maazay’ clip becoming the most popular among multiple other classic scenes. If there is anyone Imran reminds us of from the Bollywood industry, it has to be Ayushmann Khurrana. Both versatile actors can knock it out of the park with any role that comes their way. Imran played a transgender in Alif Allah Aur Insaan and his acting was nothing short of excellence and sheer brilliance. Imran’s character, Shammo, is insulted by the bride whose family had invited him and his troupe to dance at her wedding. Later, the woman he is in love with frowns upon his career path too, with Shammo eventually changing professions and becoming a successful hairstylist. His character portrayed the troubles faced by the transgender community to perfection and left audiences wanting more and more. The TV serial was definitely a stepping stone in his career, when Humayun Saeed was making the serial and Imran received a call from his production house. Imran feels the same way too. In an earlier interview with Dawn, the actor said, “I was in between shots when I got the call. If I had opened the door and stepped on to the set, I wouldn’t have received the call. When I found out that Humayun Saeed wanted to meet me for a part in Dil Lagi, I marched off to see him straightaway.” Imran played a loyal side-kick to Humayun and his role of a supporting actor proved his worth and the fact that he is here to stay! 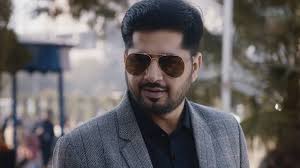 Who would have thought Imran could essay a negative character so brilliantly? An actor par excellence, his performance was praised by audiences and critics alike. Inkaar explores the story of a girl Hajra (played by Yumna Zaidi) hailing from a middle-class background. A university student, she is eager to chase her dreams while her father fully supports her. She falls deeply in love with Imran’s character Rehan Chaudhary but the plot witnesses a massive twist when he calls Hajra to his friend Shayan’s (played by Sami Khan) house and tries to rape her. An intense and gutsy role, Inkaar is a must-watch, particularly for Imran’s performance! This show is among the highest rated serials in the history of Pakistan. It stars Imran in the role of a hopeless romantic, Azhar. A typical family drama, it revolves around the story of an elder brother Afzal (played by Yasir Nawaz), whose responsibility is to take care of his siblings after his father’s demise. He ties the knot with a self-centred girl Ulfat, who tries to cause rifts between all family members. Imran plays Afzal’s younger brother, helping him and trying to settle in life. Soon, Imran’s character develops feeling for a girl named Tamkinat and wants to marry her but his family is scared by the example set by Ulfat. While Nawaz’s performance was equally praised, Azhar was yet again lauded for his versatility and unparalleled talent.

4 Ways To Get Rid Of Acne Caused By Face Masks