Jagdeep a.k.a Soorma Bhopali no more

Actor Jagdeep (Syed Ishtiaq Ahmed Jaffrey) expired on July 8, 2020. He was bestowed a Lifetime Achievement Award at the IIFA in 2019. Excerpts from one of his last few interviews

My father was in the law. After Partition everything went haywire, and my mother brought me to Mumbai from Datia state. I must have been around 8 years old. Everything was finished, our large house, our property etc. My mother used to have four maids earlier. But she used to cook in an orphanage to feed me and to send me to school. I used to watch other kids work for a living and I told my mother that I too wanted to work so I could take care of her. I couldn’t bear to see her working. She told me that the labour I wanted to do was too menial and I told her that I will learn it. She started crying. I worked in a tin workshop and then made firecrackers. Mom would make them too with me. 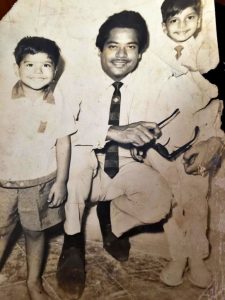 One day someone from the film industry spotted me and asked me if I wanted to be in a film. I was nine. I didn’t know what films were. I had never seen one. I asked him how much I would be paid and he said 3 rupees. I was ready. My mother came with me in a burkha. I was to sit among the audience where a play was going on stage. It was BR Chopra’s film Afsana. There was a dialogue to be said in Urdu. I knew Urdu because it was my mother tongue. No one could say the dialogue because they were local boys who spoke either Marathi or Gujarati. I asked the boy sitting next to me as to what would happen if I said the dialogue and replied that I would get six rupees. So the assistant director came to me and asked me to say the dialogue and I did. He got me to wear a moustache and a beard and my film career began. The assistant director was Yash Chopra. 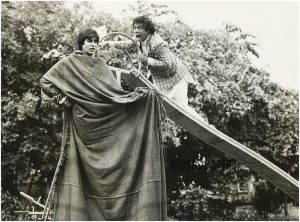 I got a lot of small roles and one day I got a big film called Dhobi Doctor by Phani Majumdar. I played young Kishore Kumar in the film and Asha Parekh was the little girl opposite me. I had a lot of crying scenes in the film. Bimal Roy saw the rushes of the film and asked me if I wanted to act in his film DO Bigha Zameen. He said he would pay me Rs 300 for the role of Laloo Ustad, the shoeshine boy. I was very happy because it was a lot of money. But I had a funny role in Do Bigha Zameen. I asked Bimalda at the end of the film as to why he took me to play a comedy role after seeing me crying throughout the earlier film and he replied that, “You can make people cry and someone like that will bring in depth into the comedy because it will not be superficial”. I understood what he meant, much later in life. I later worked with Mehboob Khan and Guru Dutt as well. These people spoke about social issues and how to run the country in the 50s. They were all great leaders – including V Shantaram as well. 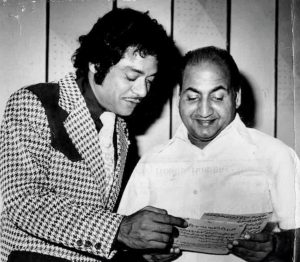 I played the lead role in some films too. We had some great songs in those days and hence people still remember me as a hero in films like AVM’s Bhabhi.

Later I worked with many people. I also worked in Sholay and the character of Soorma Bhopali became very famous. But not many people would know that I was called to shoot for the film after the film had been completed. I had a great response after that film. I tried to direct a film called Soorma Bhopali after that. It got stuck but I somehow managed to release it. I had also tried to make a film called Taat Ka Parda but had to shelve it. 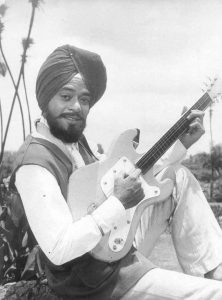 A lot of people also remember me as the father of Salman Khan in the film Andaz Apna Apna. The film did not run well when it was first shown, but later on the film’s re-release helped a lot and today a lot of kids remember me from that film.