In February last year, music video director Sohail Javed filed a lawsuit against film-maker Jami Mahmood on grounds of defamation and mental torture. He allegedly dragged the Moor director to court for insulting him on a public forum. After receiving the legal notice, Jami’s counsel commented, “Yes, we received a legal notice by Sohail Javed three weeks ago.” The legal notice sent to Jami stated that his Facebook status, in which he shared a letter by a girl who was sexually assaulted by a “music video and a TVC director”, indicated towards Javed being the harasser. “It was until recently we responded to it and that’s when he filed a defamation lawsuit against our client,” the filmmaker’s team told The Express Tribune at the time.

Now, the court has issued non bailable warrants (NBW) against Jami in the sum of Rs100,000 today. Jami’s legal team has filed an application for the suspension of the NBW and the application is set to be reviewed on the next date of hearing scheduled for October 14th, 2020.

Meesha Shafi, amongst others booked over vilification of Ali Zafar

The aforementioned notice Javed sent to Jami also mentioned that soon after his Facebook status went viral, many people came forward to ask Javed about the issue, inquiring if he was the ‘predator’ the letter spoke about. While Jami didn’t name Javed himself, he shared a screenshot by another victim of the alleged accused which had his name on it. “I didn’t even say anything, the victims did,” retorted Jami, when the feud first broke out between the renowned personalities. Nonetheless, Javed’s counsel, termed Jami’s actions as slanderous and demanded a public apology from him on the social media platform. Javed’s counsel also demanded Jami to pay Rs500 million defamation charges and an additional Rs500 million for mental torture. 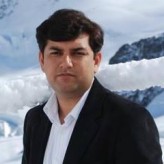 Lata Mangeshkar Turns 91: Singer Reveals Why She Did Not Feel Like Celebrating