Johnny Depp Libel Case: Fans Rally As Op-Eds Claim His Career Is Over

Hollywood superstar Johnny Depp may have lost the libel case against the British tabloid The Sun’s publishers, but he continues to have millions of fans by his side who are now doing everything they can in order to get justice for him. The November 2 court ruling delivered by Judge Justice Nicol, witnessed the Pirates of the Caribbean star emerging unsuccessful in his long-standing feud with News Group Newspapers (NGN) and its executive editor, Dan Wootton, over an article that referred to him as a “wife beater”. While the court refused to provide him with any compensation for damage to his reputation, Depp’s legal counsel termed the verdict as “perverse” and “bewildering”, adding that it would be “ridiculous” not to appeal. One of Depp’s lawyers, Jenny Afia said in a statement, “Most troubling is the judge’s reliance on the testimony of Amber Heard, and corresponding disregard of the mountain of counter-evidence from police officers, medical practitioners, her own former assistant, other unchallenged witnesses and an array of documentary evidence which completely undermined the allegations, point by point. All of this was overlooked. The judgment is so flawed that it would be ridiculous for Mr Depp not to appeal this decision.” According to Judge Justice Nicol, however, NGN had proved what was in the article to be “substantially true”. 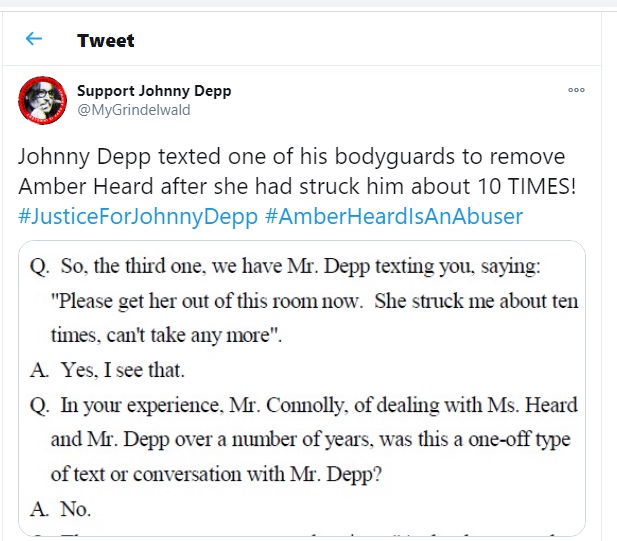 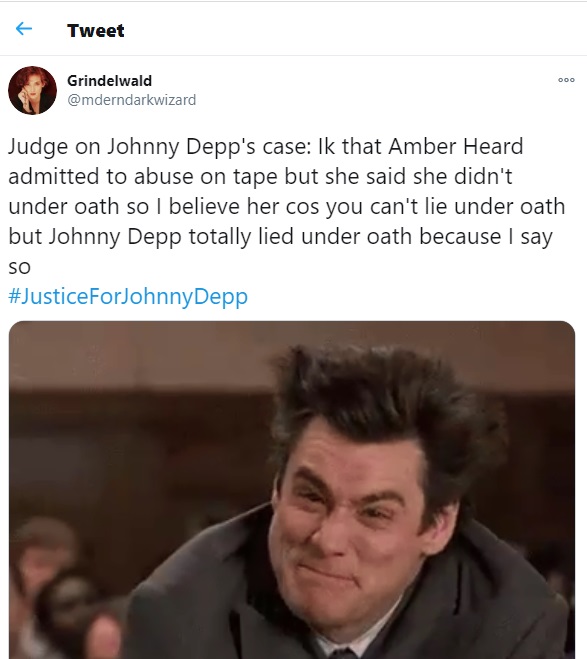 His ruling read, “Although he has proved the necessary elements of his cause of action in libel, the defendants have shown that what they published in the meaning which I have held the words to bear was substantially true.” An uproar amongst diehard Depp fans has now resulted in the hashtags #JohnnyDeppIsInnocent, #JohnnyDeppIsASurvivor and #JusticeforJohnnyDepp taking Twitter by storm. While some social media users are rallying behind the star and willing to fight till the end, until complete justice is served, several Op-Ed pieces have hinted at the Edward Scissorhands actor’s career to be over. On the contrary, Depp supporters on the micro-blogging site are seeking the removal of Heard from any upcoming DC films. But most internet users are evidently outraged at the court judgment, sending across heartfelt messages such as “we trust you” and “we love you” to Depp while also urging everyone to listen to Heard’s previously released audio recordings in which she can be overheard confessing to verbally and physically abusing her ex-husband.

US Presidential Elections 2020: Hollywood Celebs Who Voted For The First Time

Muqaddar’s Finale Gives Out a Poor Message to Viewers