“Joyland” Becomes The First Pakistani Movie To Be Screened At Cannes Film Festival
Sarwat Gillani is all set to join the entourage of Saim Siddiqi’s Joyland
The 75th Cannes Festival is happening right now with much pomp and splendor. The prestigious festival started on Tuesday and is expected to take place till the 28th of May. Cannes is happening after a gap of 3 years due to the deadly pandemic which is why it is all grand and resplendent. But that’s not why it is all the more important. The good news is that, for the very first time, “Joyland”, a Pakistani movie has been selected to be screened at the Cannes De festival. In short, the return of the French Riviera cinema Soiree is nothing short of absolute joy for the Pakistanis.
Sarwat Gillani Is Heading To Cannes 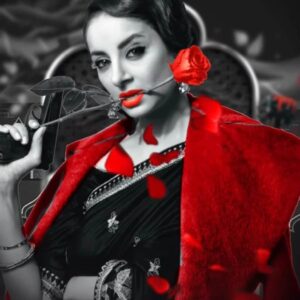 Sarwat Gillani will grace the Cannes red carpet as the official entourage for Saim Siddiqi’s film Joyland. The Churails actor shared the good news on her Instagram that she will be part of the 75th anniversary of the prestigious film festival. The actor is riding high on success as her other film Katil Hasseenaon Ke Naam has also been nominated at the 24th UK Asian Film Festival.  Earlier we have seen Mahira Khan representing Pakistan as the official spokesperson for the Loreal Paris haircare.
Saim Siddiqi’s Joyland Has Been Selected Among 14 Feature Films This is an incredible moment for Pakistan as Joyland has been selected in the Un regard category which basically selects feature films from various multiple cultures. Getting selected among 14 features is a huge feat because it can have a great impact on the cinema across the world. Saim Siddiqi hopes and prays that Joyland receives the same amount of love and appreciation as it has received on a global platform like Cannes.
What Is Joyland About? 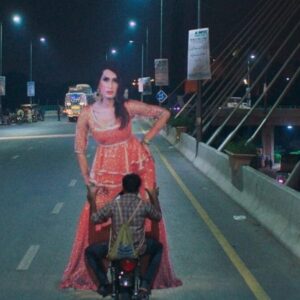 Joyland features Sana Jafri and Ali Junejo in the lead roles. The movie is about the tale of a sexual revolution in which a happily married couple in a patriarchal joint family yearns for the birth of a baby boy to continue the family lineage, while their youngest son secretly joins an erotic dance theatre and falls for an ambitious transsexual starlet. The film stars Alina Khan, Rasti Farooq, Sarwat Gilani, Sohail Sameer, Salman Peerzada, and Sania Saeed. The cinematography is by Joe Saade (“Costa Brava Lebanon,” “Broken Keys”). The music for the movie has been given by Abdullah Siddiqi.
Who Is Saim Siddiqi? The brainchild behind Joyland is Saim Siddiqi who has also worn the directorial hat for the said movie. His previous short film “Darling” won the Orizzonti Best Short Film award at the 2019 Venice Film Festival and was acquired for worldwide distribution by Focus Features.
Many Stars Congratulated On The Huge Achievement 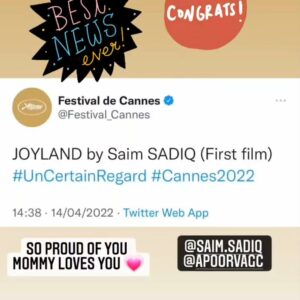 As soon as the news came out, many celebrities as well as directors from the entertainment industry congratulated the cast and crew of the movie and send their warm wishes via social media. Stars like Mahira Khan, Humayun Saeed, Nadia Afghan, Usman Khalid butt, Nimra Bucha, Adnan Siddiqi, and many more.