If there is one actress who knows how to create a buzz in the industry, it is none other than Kangana Ranaut. She is known for her frankness, her outspokenness and manages to create quite the controversy with her statements. She brought the issue of nepotism to the forefront in Bollywood and while she has irked a number of people in the industry, she has also gained a massive fan following and won the hearts of many.

The actress is also known in the industry for her stellar acting skills and has also made a mark with a number of Box office hits. The Queen actress has also contributed to putting India on the global map and has also been invited to the renowned Cannes Film Festival on a number of occasions. Kangana Ranaut has also made an impression when it comes to style and fashion and has been recognised for sporting some of the boldest looks. 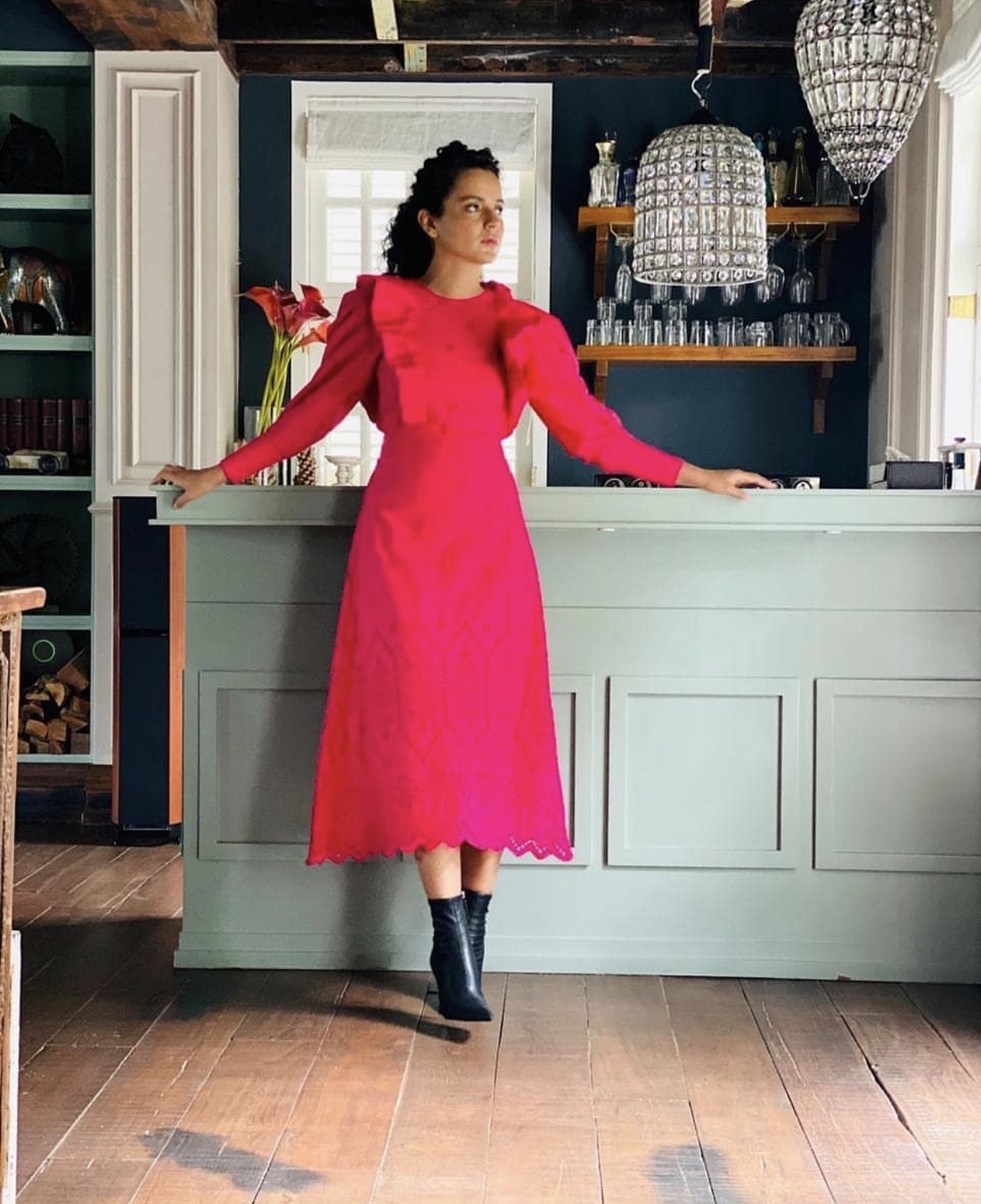 And now, Kangana Ranaut has been busy promoting her exciting new project for which she made an appearance on a virtual chat. For the virtual chat, Kangana Ranaut was dressed in a fuchsia pink maxi dress from Zara and kept her look chic yet simple. The A-line dress featured a laser-cut floral print all over it and featured ruffled accents across the bodice. The dress also featured puffy full sleeves which she styled with a pair of black leather boots.

The Panga actress had her wild, natural curls tied back into a neat ponytail to keep it away from her face. As the virtual chat was conducted at home, Kangana Ranaut opted for a minimal makeup look with a basic base and concealer and finishing it off with a cheek and lip tint; giving her that fresh glow. Her makeup look perfectly complimented her dress and she looked as radiant as ever.