Indian cinema star Kangana Ranaut has never been afraid of voicing her opinion, both in the past and now. The starlet has been embroiled in several controversies on the professional and personal front but is not one to step down. She continues to remain in the spotlight as she fights every battle that comes her way but her in-depth involvement in subjects related to nepotism in Bollywood is a whole different story. For as long as we can remember, the Queen star has slammed big wigs for promoting star children and giving them preference over others. Now, a little over a month since the passing of Sushant Singh Rajput, and Kangana has once again come forward with a new set of accusations, standing by her initial stance of reported favouritism in the film industry.

She continued her protest against powerful B-town personalities by first pointing fingers at filmmaker Mahesh Bhatt. Kangana alleged that the director nearly assaulted her after she rejected his production Dhoka. According to Kangana, if his daughter Pooja Bhatt hadn’t stopped him, he would have attacked her. In an interview with Republic TV, she said, “Well, I am grateful, but that does not give them the right to call me mad and psychotic and throw chappals at me. Mahesh Bhatt threw a chappal at me.” She mentioned she did not sign the role in Dhoka because she did not believe in what the film stood for. “Even at 18, I had this much common sense. I said, ‘If you are tortured, there is a lot you can do. You can join the army or police. Why do you have to become a suicide bomber?’ I said no to that film.” 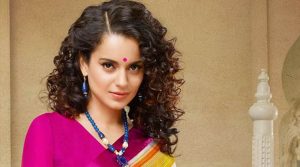 Kangana added, “He was literally about to come on to me like he is going to beat me or something. His daughter held him back and said, ‘Papa, don’t.’ I escaped somehow.” She claimed that Mahesh chased her out of the gate and threw a slipper at her right before two men escorted him back inside. She then blamed the film industry for currently undergoing a “hangover of mafias.” She noted, “Why can’t I say no if I want to? These people are still in the hangover of the mafias, that ‘bhai ko mana nahi kar sakte’ otherwise you will be shot dead. That needs to end in this film industry.”

While the conversation kicked off with Kangana shedding light on her own experiences, she then took a jibe at her contemporaries including Taapsee Pannu and Swara Bhasker by calling them ‘B grade’ actresses. “Sushant who had complained of bullying in his Instagram chats, giving interviews & confirming presence of movie mafia has been killed but @reallyswara, @taapsee & @richachadha

trying their best to deviate the conversation #KanganaRanaut has started for getting Justice for Sushant. Why?” read a post on Team Kangana Ranaut’s Twitter handle.

Just a thought though; aren’t they outsiders like Kangana too? A Twitter post by one social media user spoke about the same. “The irony of #KanganaRanaut claiming to care for outsiders while harassing #TaapseePannu and #SwaraBhasker should not be lost on anyone.” Swara retweeted this comment and wrote, Nepotism के गेहूँ के चक्कर मेंहम needy outsiders और B grade actresses भी पिस जातेहैं।”.

Thanks @taapsee for highlighting that the need of the hour is solidarity and sanity. When shoots have come to a standstill,cast/crew have no jobs, we must create a positive work culture! Let's desist from anything counter-productive that'll increase toxicity in our industry!🙏❤️ pic.twitter.com/CuYAuVNT7L

Kangana then disclosed that Sushant had been allegedly sidelined by major production houses and filmmaker Karan Johar was the reason behind it. We don’t know how much weight this carries because Kangana’s disapproval of the filmmaker’s past decisions has been evident from the time she first took a dig at him on his critically acclaimed chat show Koffee with Karan. For the unversed, the feud between Kangana and KJo officially started when the former referred to Karan as the “flag-bearer of nepotism.” She has now added that Karan supposedly called Sushant a “flop” hero after his film Drive bombed at the box office in mid-2019. Kangana also targeted Yash Raj Films head Aditya Chopra for not giving an opportunity to Sushant in his films. She concluded by saying that when she was fighting against nepotism in Bollywood, Sushant was the only actor who supported her. She promised to return her Padma Shri award if she failed to prove the claims she has made about nepotism in the industry following the tragic demise of Sushant.

Nabeel Qureshi, Fizza Ali Meerza's Next Is A Web Series Based On The Lyari Gang Wars