Kareena Kapoor Khan: Taimur Does Not Have To Become A Star. He Has To Find His Own Path

Everyone knows Taimur Ali Khan, the popular star kid and son of Kareena Kapoor and Saif Ali Khan. As frustrating as it would be for the parents, the little three-year-old is constantly grabbing eyeballs and being clicked by the shutterbugs. But his parents admit that while it may not be entirely healthy, he is just a child and loves the attention! How cute it that? Both Saif and Kareena have spoken about Taimur being the centre of attention on multiple occasions, while also addressing the subject of nepotism. While speaking to Anupam Chopra in a recent interview, Bebo was once again questioned about the nepotism debate and she shared her two cents on the matter. She also slammed netizens for assuming that Taimur would choose the same career path as his parents when he grows up. 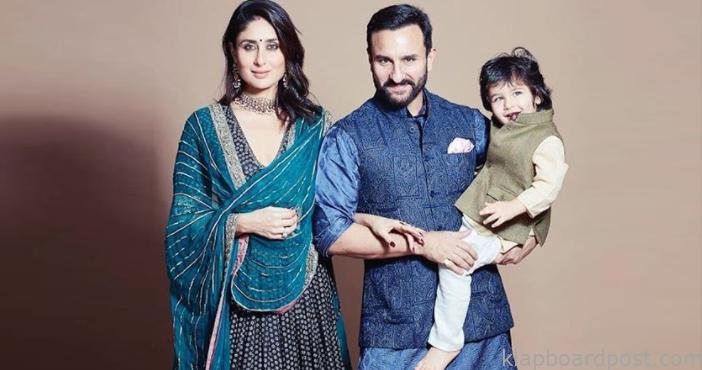 “I think everyone gets what they deserve in their lives, what is there in their destiny. Yeh nahi hai ki Taimur Ali Khan is going to become the biggest star in this country. He’s not. He’s probably the most photographed child in this country, for whatever reason, I have no clue. I will also wish for my son that he be self-sufficient and self-reliant,” she said. Kareena added that when Taimur crosses a certain age, she would like him to make big life decisions on his own. “I am like you do what you want to do in life. You want to be a chef somewhere, a pilot, whatever you want to do. I want him to fly and be happy in his life. And it’s not necessary that because he has successful parents, he will be successful.”

Adding that he must find his own path just like his half-sibling Sara Ali Khan and Ibrahim Ali Khan, Kareena continued, “His journey is going to start when he wants to start. His parents are not going to help him in whatever way.” She had no qualms in admitting that her parents did not help her out in her career either. She disclosed she was always referred to as “Karisma Kapoor’s sister” before making her own mark in the Bollywood industry. “So all this nepotism ki ye hoga woh hoga, Taimur star banega, we also don’t know,” said the starlet, who is now pregnant with her second child.