Kate Middleton, the Duchess of Cambridge, was trending across social media after her appearance earlier this week. She recently stepped out to meet with the families who are involved with the creation of Tiny Happy People, a new platform established by BBC Education that provides resources and support to parents and carers of children aged 0-4. The meeting was filmed for a new segment on BBC Breakfast and of course, all social distancing measures were in place. 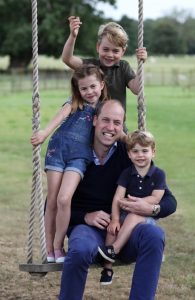 Clad in a pretty summer dress, Kate Middleton left heads turning in pictures that were released by Kensington Palace. During the meet and greet, Kate Middleton shared some insight into how her children are continuing to live life during the pandemic. She revealed that her youngest, two-year-old, Prince Louis, is having a tough time with social distancing. But when she revealed the reason, it melted our hearts.

“Louis doesn’t understand social distancing,” Kate said, via People Magazine. “He goes out wanting to cuddle anything, particularly any babies younger than him.” How adorbs! She also jokingly made remarks about her children’s appetites at home. “My children have bottomless pits,” she said about Prince George (6) and Princess Charlotte (5). “I feel like a constant feeding machine.” 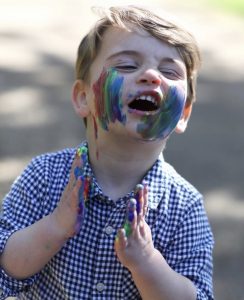 Earlier, Kate Middleton had spoken about how challenging it had been explaining to her children what is happening right now, given how young they are. Prince George is all set to turn 7-years-old later this month.

“George is much older than Louis is and things, but they are aware [that things are different because of COVID-19],” she said in an earlier interview with BBC. “And I’m always surprised and although you don’t want to scare them and make it too overwhelming, I think it is appropriate to acknowledge it [the pandemic] in simple ways and age-appropriate ways,” she explained.

Earlier this year, Prince Louis celebrated his second birthday, pictures of which were shared on the official royal Instagram account. The Kensington Palace team even attempted to do a meme with some of Louis’ birthday portraits. “Instagram vs Reality,” they wrote. “Thank you for all your lovely messages on Prince Louis’ second birthday!”

These activewear trends will instantly motivate you to workout at home