With the tense climate in Bollywood these days and with South Asians around the world stuck at home due to social isolation, “smaller” films and actors are benefiting with all eyes trained on them. Films like “Gunjan Saxena,” “Shakuntala Devi,” “Lootcase,” “Raat Akeli Hai,” and, of course, “Dil Bechara” have released on different platforms over the last several weeks and Vidyut Jamwal-starrer “Khuda Haafiz” is the latest release on Dishey+Hotstar. Directed by Faruk Kabir, best known for his 2010 film “Allah Ke Banday, “Khuda Haafiz” doesn’t come with high expectations other than the understanding that the audience will get to see some great martial arts sequences from Vidyut Jamwal.

As “Khuda Haafiz” opens, the audience follow Sameer (Vidyut Jamwal) and Nargis (Shivaleeka Oberoi) as they meet through the arranged marriage process. As the two get to know each other, get married and are shown as a newly married couple, the story takes its time, allowing viewers to connect to Sameer and Nargis and get a feel for how their relationship operates before the drama begins. As a recession hits their industry, Sameer and Nargis are both fired from their jobs, leading the two to apply for jobs in the fictional country of Noman, an oil-exporting company. Nargis is appointed first with Sameer set to join her days later, but the world is pulled out from under Sameer’s feet when he receives a call from Nargis, asking him for help, saying the job is not what is seems. Hearing his wife being dragged away screaming, Sameer takes off for Noman where he is surrounded by a web of lies and conspiracy. Sameer fights, alongside the loyal Usman (Annu Kapoor), to get his wife back from the clutches of the flesh-trade industry. How Sameer manages to work his way through the lies to save his wife forms the crux of the film. 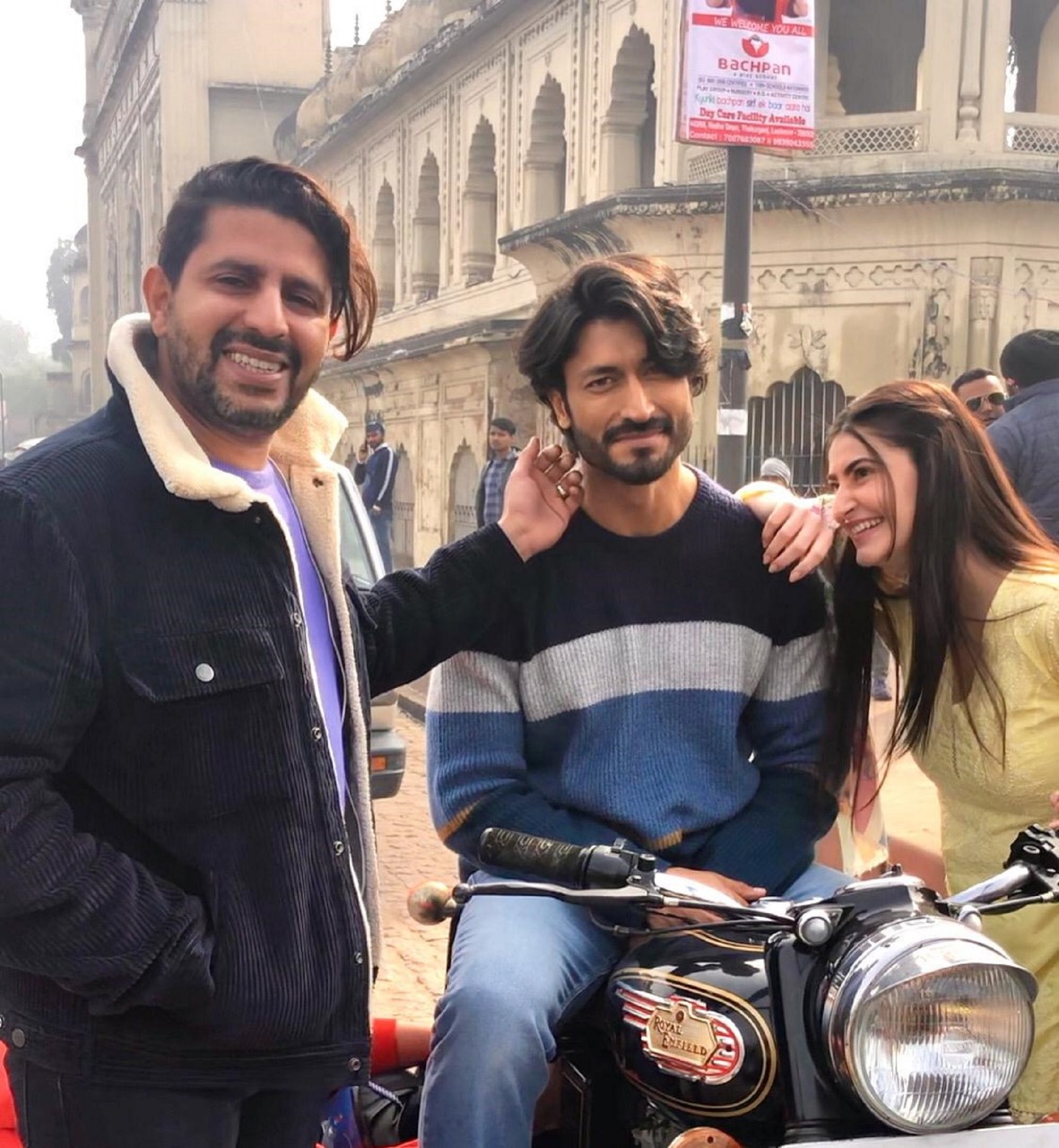 The story is a gripping one and has been presented in a way that the audience can sympathize with the lead character. The pace of the film is quick and does not drag, keeping the viewer engrossed. The screenplay keeps one on the edge of their seat for the most part. Now this not saying “Khuda Haafiz” is a particularly novel idea. The movie seems to borrow from films like Liam Neeson’s “Taken” and even bits from Tiger Shroff’s “Baaghi 3.” And yet, while “Khuda Haafiz” is certainly an action film, there’s a heavy focus on the emotional and this adds several layers to the sequences unfolding on our screens. It’s also a plus to see a film where patriotism can be played up while also advocating for peace and love regardless of background.

Vidyut Jamwal plays a balancing act between playing grieving husband and revenge-seeking action hero. As an actor, Vidyut has generally been relegated to high-voltage action films where he gets the opportunity to perform incredible martial arts stunts. Here, he is given the chance to show his emotional side and while this film is, without a doubt, an action film, Vidyut gives a more restrained performance and is, for the most part, successful. He is an actor who has presence, strong voice modulation and a natural acting demeanor even in his larger-than-life roles. Shivaleeka Oberoi is sweet and gives a likable performance, but considering the situation Nargis has to live through, she is not given sufficient scope to perform. This role deserved much more. Annu Kapoor gives a stand-out performance as Usman, a helpful Pathan who stays by Sameer’s side (though his accent is questionable). Ahaana Kumra has a short role, but shines in what she has been given. Shiv Panditt is memorable. The only “bad” performances in the film come from the “baddies,” who are simply too loud and feel like caricatures, not characters.

The music isn’t particularly memorable with “Jaan Ban Gaye” being the best of the lot and Sonu Nigam’s “Aakhri Kadam Tak” making an impact due to the situation. The rest of the songs are forgettable, but did the music really have scope for music anyway? The cinematography deserves a round of applause as the film is visually stunning and easy on the eyes.

The greatest drawback of the film is that it has a runtime of 2 hours and 12 minutes. It would have served this movie well to have been trimmed down to at least 1 hour and 45 minutes. It was simply half an hour too long with some unnecessarily drawn-out scenes towards the end portion of the film. This and other small flaws aside, “Khuda Haafiz” keeps viewers hooked throughout, cheering for the lead character’s success. “Khuda Haafiz,” overall, is an entertaining film with some good performances. This one is worth a watch.