Once again, the Kardashian clan is making headlines, and this time it isn’t because of one of them. In fact, Kanye West, who is married to Kim Kardashian has been creating quite the buzz across social media after he announced he would be running for president in the upcoming November elections. Earlier this week he participated in his very first rally which was rather eventful. He denounced abortion, shed a tear or two, and has since been on a Twitter spree, tweeting strange ramblings.

In his tweets, he mentioned how wife Kimmy K tried to lock him up after his outburst at the rally, which were later deleted. Amidst the drama that has been ensuing in the Kardashian West household, Kris Jenner decided to address the matter in an Instagram video. As per a report, the ‘momager’ took to her Instagram stories and shared a series of videos in which she read from a personalised astrology chart that was made for her to decipher various aspects  of her life. 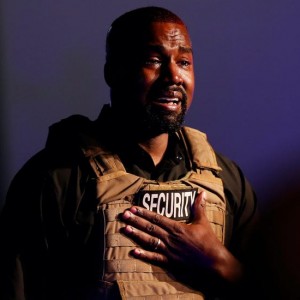 “In case you didn’t know it’s National Moon Day. And this is a company that Kendall is a part of which I love, I love their toothpaste, I love their toothbrushes. And they did an astrology chart for yours truly, Kris Jenner,” she can be heard saying in the video. She then continued to address the family drama by saying, “This was interesting, they did a chart decipher for me. And family: ‘There is a deep wisdom you have from the experiences and knowledge from your home life. Even if drama rises to the surface and seems harder than you can handle, you have an unseen yet constant steadfastness that keeps you grounded,” the chart read.

We hope the matriarch of the family can handle whatever else is going to be thrown at them. Following the rapper’s first rally in Charleston, South Carolina, fans and netizens have been showing concern over Kanye’s mental health.