Except for the supremely suave Pankaj Tripathi, everyone in Mirzapur 2 seems anxious to look violent, aggressive and murderous. It is that tone of mass destruction that made the first Mirzapur such an enduring favourite on the OTT platform. The bloodbath in the back of the beyond in some godforsaken dusty town in North India run by a mafia family, shook the nation. Mirzapur caught the fancy of anyone who cared for blood on the living room wall. There is a lot more bloodshed this time around and a lot more aggression as the world around Akhanda Tripathi’s family goes up in flames. 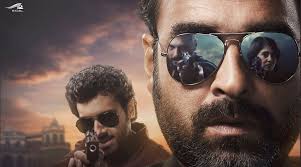 Going by the frenetic trailer, it is very difficult to make out if the second season of the cult series succeeds in going at least a few pegs above the first. There are glimpses of effective acting, specially by Pankaj and Divyendu Sharma, who is one of Indian cinema’s most underrated actors.

I can also see the female characters struggling to make their place in a tale so rugged it makes steroids seem effeminate.

These characters are seriously high on provincial violence. While the pacing is breakneck, the narrative looks bottled up and choked. Maybe it’s just a trailer thing. But I wished the storytelling would stop running so hard. I wanted the characters to take a deep breath and exhale. Life is short and brutish. And there’s hell to pay. But I hope the characters haven’t forgotten what they were born to do. Breathe. Live.

Two young musicians have found their way to Mahira Khan’s heart, here’s how!