Pakistan’s Queen of Pop and a household name, Nazia Hassan left us this day , 20 years ago. The pop singer’s 20th death anniversary is being observed in the country today. Nazia Hassan was not just a songwriter, but also a lawyer and social activist whose death is considered to be one of the biggest losses the music industry has faced. Nazia Hassan’s voice and melodies were like magic to our ears and while she didn’t sing too many songs for films, we were still left mesmerised by her voice every time.

She created a niche for herself in the industry and truly made a mark in the industry. The queen of pop kick started her musical career at the mere age of 10 and truly was a beauty with a soulful voice. Her singing career thrived through the years which eventually earned her the title of “Queen of Pop”. Together with her brother, Zoheb Hassan, she went on to sell over 65 million records worldwide. About his sister, the singer said that she had no airs and graces while speaking with The Express Tribune. He went on to add that she strongly believed she could reach the hearts of millions through her music and singing as well as humanitarian work. 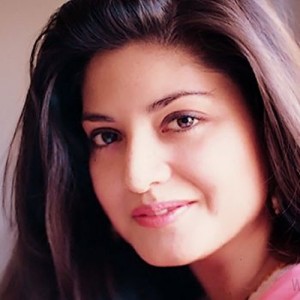 She is still missed till this day by her fans around the world. The talented artist made her Bollywood singing debut with the infamous Aap Jaisa Koi from Qurbani which had a stellar cast including Zeenat Aman, Feroz Khan, Vinod Khanna, Amjad Khan, and Amrish Puri. Her debut album Disco Deewane was also a huge hit and a best seller. The album charted in fourteen countries worldwide and also became the best-selling Asian pop record of all time. Her other albums created the same amount of buzz as her first album. It includes Boom Boom, Young Tarang and Hotline.

Battle of the metallic dresses: How these divas rocked the trend

Happy Birthday Sridevi: Janhvi Kapoor's Gunjan Saxena Would Have Made You Proud